From jellyfish to the horseshoe shrimp, we count down the top 10 oldest animal species on earth. 120 Million Years Old: Considered the oldest ant species in the world, the Martialis heureka was found in the Amazon rainforest in the year 2000. Completely blind, this creature lives underground and comes up to forage at night. It can’t dig, so it has to rely on pre-existing tunnels. It’s so strange looking that the Martialis part of its name means “from Mars.” The coolest part of all? Its DNA has barely changed in the last 100 million years. 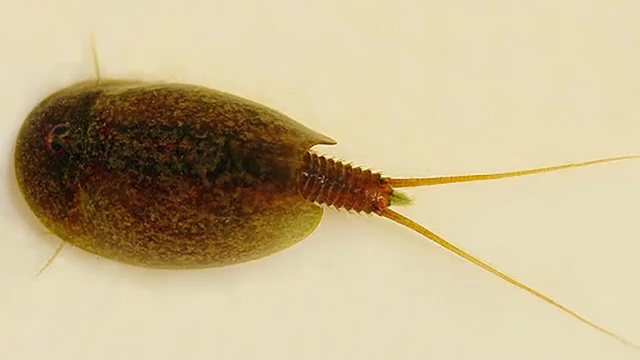 200 Million Years Old: Formerly known as the Triops cancriformis, this ancient shrimp species is no small fry when it comes to staying power. It was around when dinosaurs roamed the planet and shows no signs of slowing down. Adult horseshoe shrimp typically die when their habitats dry up – however, the babies have an advantage. Eggs can survive up to 20 years in extreme conditions. Talk about stubborn! 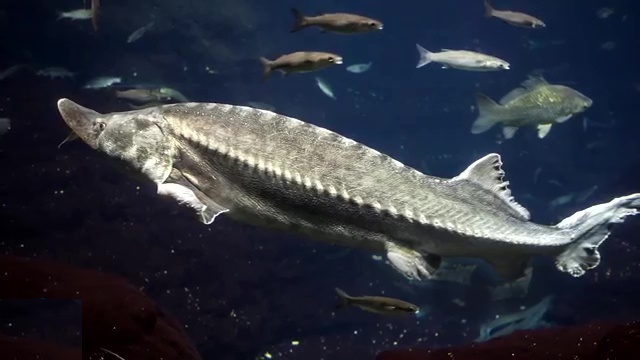 200 Million Years Old: A sturgeon isn’t one type of fish – it actually refers to 27 different species, all as old as time. Sadly, despite their age, sturgeons are card carrying members of the endangered species list. People harvest them for their roe, an ingredient in caviar. It’s believed that four species in the sturgeon family are already extinct. When left alone, sturgeons live up to 60 years and can be found in North America and Eurasia. 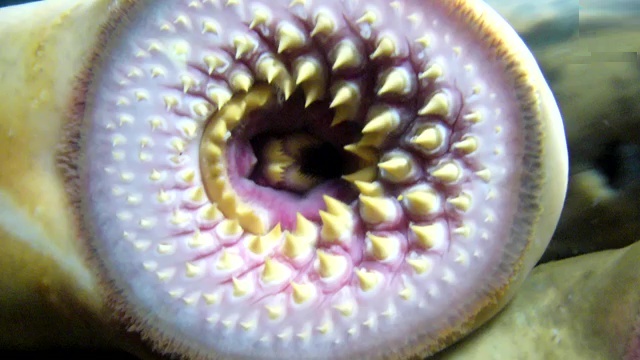 360 Million Years Old: This “living fossil” won’t win any beauty pageants, but, boy, does it have a story to tell. Largely unchanged since its beginning, the lamprey  is an eel-like parasite that attaches itself to fish and feeds on body fluids. This action often severely injures or kills the host. Creepy and disgusting, right? But that’s not all. Lampreys can grow up to two feet in length. You wouldn’t want to run into one in a dark room. 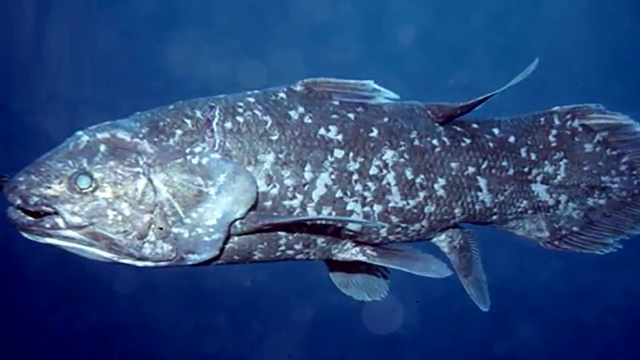 360 Million Years Old: Originally thought to be extinct, a museum curator discovered one living off the coast of South Africa in 1938. This rare fish is an object of fascination for scientists because of its similarity to the ancient fish that eventually evolved into the first land vertebrae. Many believe the “coelacanth genome” holds the key to learning more about our own evolution. Who knows what the future will bring? 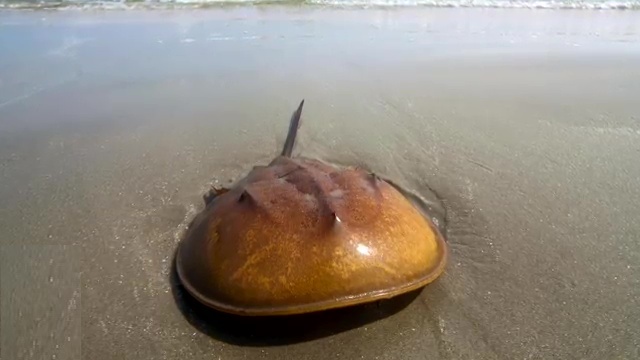 445 Million Years Old: You’ve probably seen one of these at your local aquarium, but did you know this creature had such a long history? Horseshoe crabs live in shallow areas of the ocean and come to shore when it’s time to mate. Fishermen sometimes use them as bait to catch eels, and in China eggs are used as food. If you find these guys disturbing, know this – horseshoe crabs are related to arachnids, aka spiders. 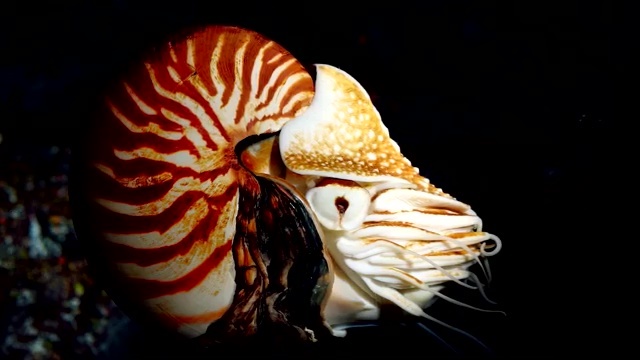 500 Million Years Old: The nautilus lives on the “molted skins” of hermit crabs and lobsters and has an amazing sense of smell. It can grow to about 7 inches in diameter and lives for roughly 20 years. Prized for its attractive spiral shell that people like to collect, the nautilus is at risk for extinction. Areas that once housed hundreds of them now have only one or two. 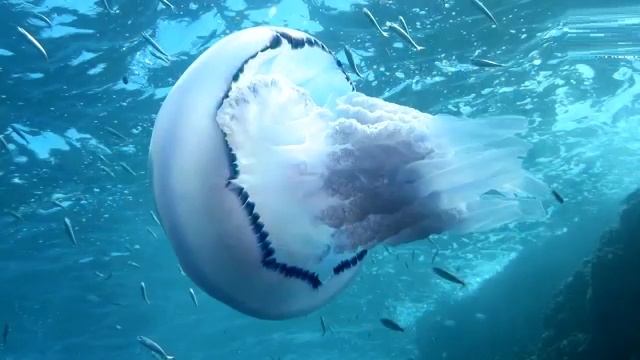 505 Million Years Old: In 2007, researchers at the University of Kansas discovered a fossil 200 million years older than the oldest known jellyfish fossil. We’re looking at a squishy blob that existed before the first land plants appeared. Jellyfish can grow about 6 feet in length but have very short lifespans. They feed on plankton, fish eggs, and other jellyfish. 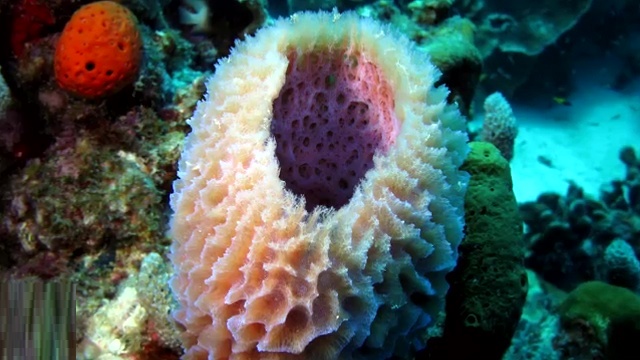 760 Million Years Old: Who lives in a pineapple under the sea? Actually, the sponge has been around since before pineapples existed. Found in both tropical and polar waters, the sponge usually attaches itself to firm surfaces like rocks. Believe it or not, some can live up to 200 years. Sponges are asexual and most function as hermaphrodites. There’s a story you can tell the kids in science class. 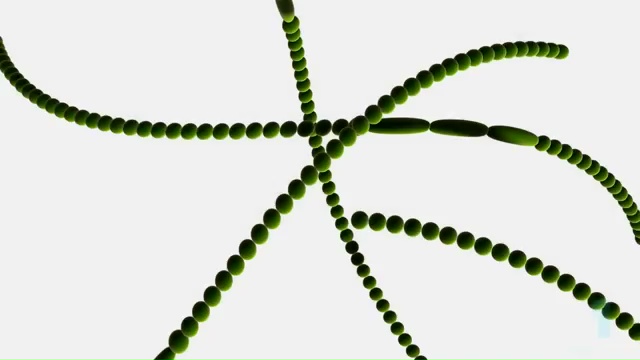 3.5 Billion Years Old: Yep, we’re counting bacteria. Referred to as the “most successful group of microorganisms on earth,” you can find cyanobacteria in just about any spot with water. Foodies, take note. It’s often used as biofertilizer for rice.

Top 10 Ridiculous Science Myths You Were Told Growing Up

Top 10 Mysteries Science Has Yet to Explain