From the most poisonous snake on Earth to the most dangerously aggressive species, we count 15 of the world's deadliest most venomous snakes, based on their behavior and venom potency. 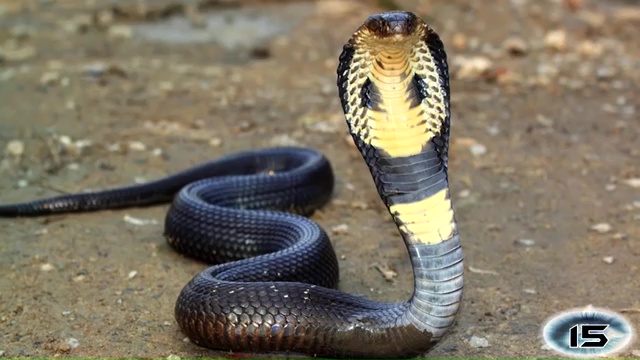 This species is the world's longest venomous snake, reaching up to 5.7m (18.7ft). Despite the word Cobra in its name, this snake is not part of the True Cobra family. Mainly feeding on lizards and rodents, the King Cobra tends to avoid human contact but does have a fearsome reputation. Although not every bite can be venomous, an untreated venomous bite from this serpent has a fatality rate of 50-60%. 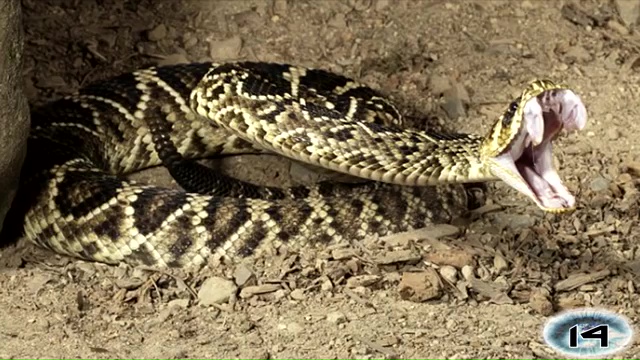 This venomous pit viper is found mainly in southeast United States. It's the heaviest venomous snake in America and the largest Rattlesnake species. They can measure over 2.1m (6.8ft) long and weigh up to 15.4kg (34lb). One popular myth is that these snakes must rattle before striking but in fact they're actually quite capable of striking while remaining completely silent. Symptoms of a bite from these snakes include instant pain like two hot needles, bleeding from the mouth, hypotension, a weak pulse, swelling and severe pain in the affected limb. 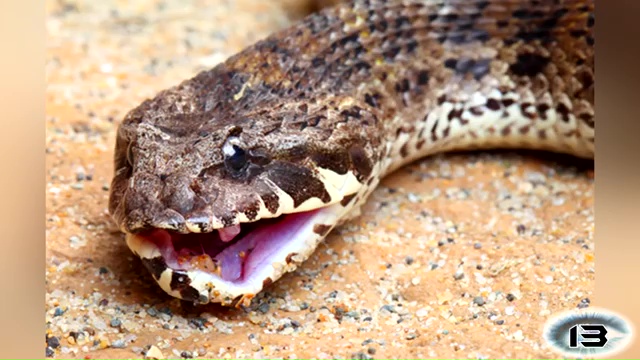 Native to Australia, New Guinea and nearby islands, Death Adders are among the most venomous snakes in the world. Unlike most snakes, Death Adders don't actively hunt but prefer to lie in ambush and draw their prey to them. Their venomous bite injects a strong neurotoxin that causes paralysis, which seems minor at first but can cause death from a complete respiratory shutdown within six hours. 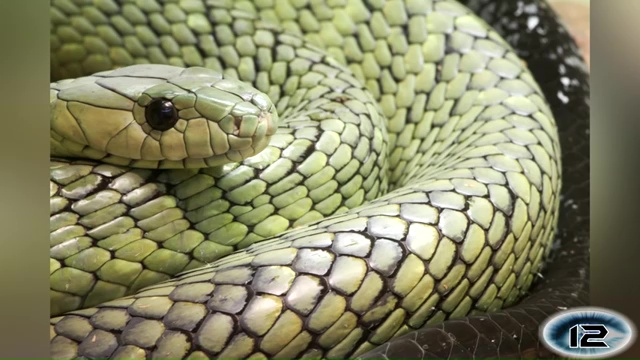 This snake is very quick and highly venomous. Normally found in trees and thickets in central African rainforests, this species of green mamba is extremely alert and highly nervous. If they feel threatened they'll get very aggressive, lifting their head off the ground, hissing loudly and striking repeatedly. Their venom contains both neurotoxins and cardiotoxins that can be deadly in as little as 30 minutes. 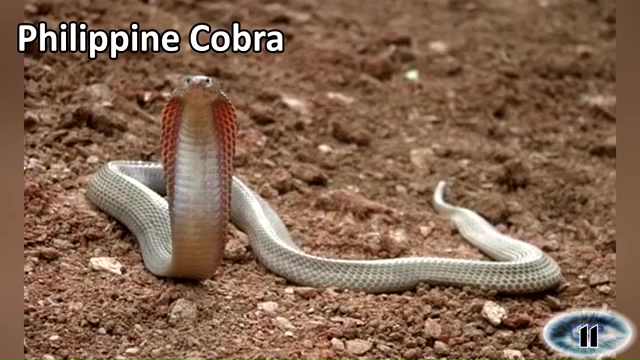 Also called the Northern Philippine Cobra as it's found mainly in the northern regions of the Philippines. This stocky snake is a highly venomous spitting cobra, capable of accurately spitting their venom at targets up to 3m (9.8ft) away. As their venom contains a potent neurotoxin, symptoms of a bite can cause severe headache, vomiting, dizziness and difficulty breathing. Complete respiratory failure can occur in as little as 30 minutes. 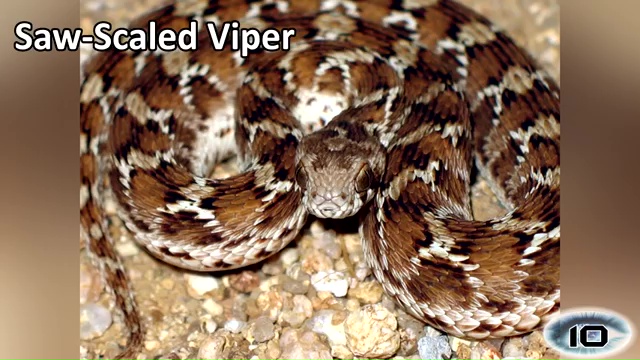 These venomous vipers can be found in the dry regions of Africa, the Middle East and India. Saw-Scaled Vipers are responsible for causing the most snakebite cases and deaths in the world. They're relatively small snakes, reaching about 90cm (35in) in length but their bites can be quite nasty. Consisting mainly of hemotoxins, their venom destroys red blood cells and disrupt blood clotting. The amount of venom they produce varies, the lethal dose for humans is about 4mg but they normally produce somewhere between 6mg and 35mg. 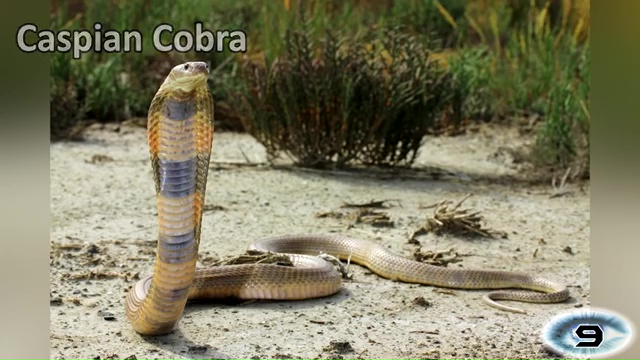 This is the most venomous species of cobra in the world. Also called the Central Asian Cobra or Oxus Cobra, they're found mainly in the Transcaspian region of Central Asia. This snake is generally very aggressive and bad-tempered. Although they try to avoid humans, they will fiercely strike repeatedly if they feel threatened. Their venom contains the usual potent neurotoxins but also contains cytotoxins which causes tissue-death and necrosis. If bitten by this cobra you'd have a 75% chance of dying in less than an hour. 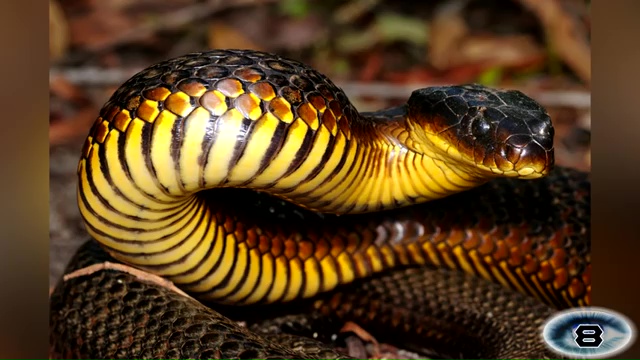 This snake is found in southern Australia and Tasmania. They're highly variable in color, often banded like a tiger. Their venom possess potent toxins, including neurotoxins, coagulants, haemolysins and myotoxins. Symptoms of a bite include localized pain, tingling, numbness and sweating, followed by a fairly rapid onset of paralysis. If left untreated, there's about a 60% chance of dying. 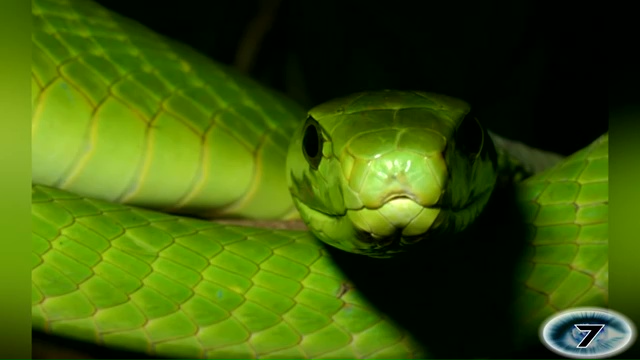 Also known as the common mamba, this species is quite large at an average length of 2m (6.6ft). Like all other species of mamba, the Eastern Green Mamba is highly venomous. Their extremely rapid-acting venom contains pre-synaptic and post-synaptic neurotoxins along with other toxins that can cause convulsions and rapid fatal paralysis in just 30 minutes. They produce enough venom to kill several humans in a single bite. 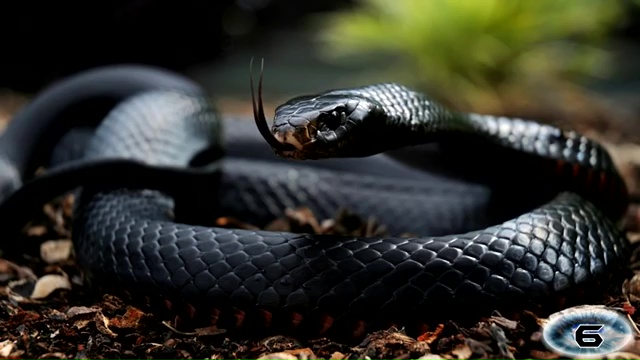 Found in Africa, this snake is the second longest venomous snake, and one of the fastest moving snakes in the world, capable of moving at 11km/h that's 6.8 mph. Being a mamba their venom is very potent as you'd expect but it's also extremely fast-acting. Capable of killing a human in just 20 minutes. Without treatment with antivenom, you're pretty much guaranteed to die within an hour. 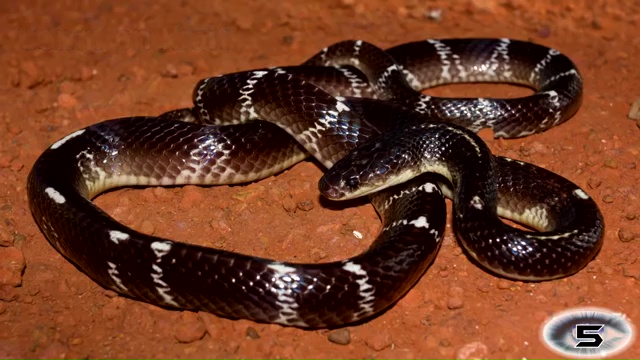 Also known as the Blue Krait or Indian Krait, this snake is a member of the 'Big Four', species inflicting the most snakebites on humans in India. They can grow up to 1.75m (5.7ft) and generally look black or blue with white stripes. Containing powerful neurotoxins, their bites are often painless. Victims will complain of severe abdominal cramps, accompanied by gradual paralysis and if left untreated has an 80% chance of dying within 5 hours.


Also known as Russell's Viper or Chain Viper this is another member of the 'Big Four' snakes of India. They produce considerable amounts of venom but it's quite slow acting, gradually causing organ failure in its victims. Signs like pain and swelling occur at the bite, followed by bleeding gums within 20 minutes. But death normally occurs from septicemia and organ failure, between 1 to 14 days after the bite occurred. 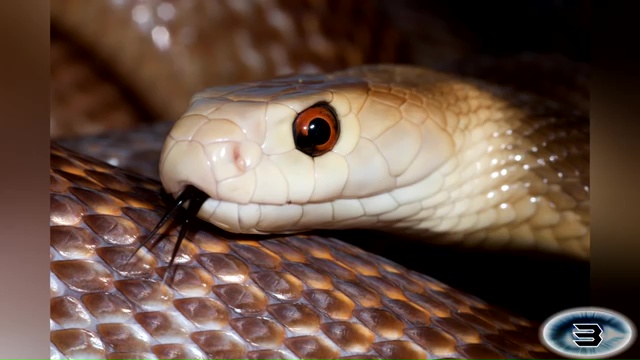 Also known as the Common Taipan is the third most venomous snake in the world. Found in Northern Australia and New Guinea, this snake can reach lengths of up to 3.3m (10.8ft). Feeding mainly on warm blooded mammals, their highly potent venom causes severe internal bleeding and because it always delivers a fatal dose, death normally occurs within 30 minutes. 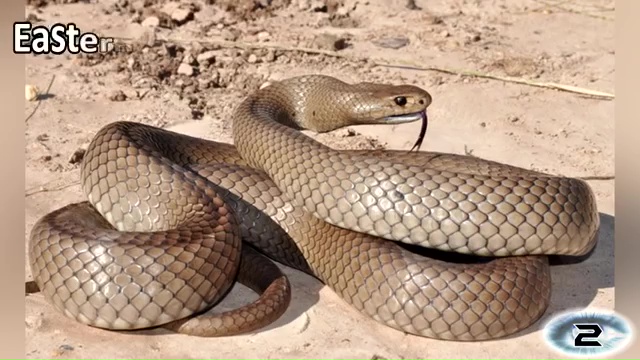 Often referred to as the Common Brown Snake, it is considered the world's second most venomous land snake. Native to Australia and Indonesia these snakes are fast and aggressive. Although the venom is extremely toxic and fatal, this species tends to initiate their defense with non-fatal bites first. However it would be like playing Russian Roulette, a bite would have a 20% chance to kill you, so if you don't die the first time, I wouldn't suggest hanging around. 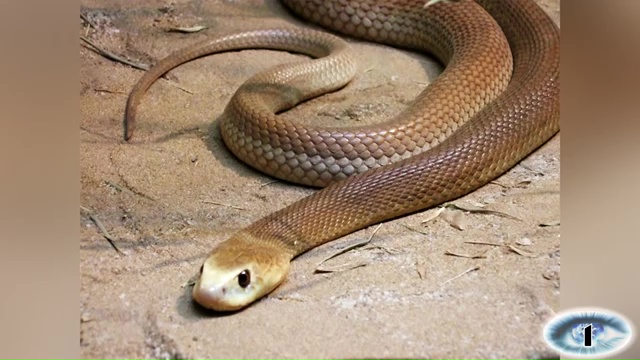 Commonly known as the Western Taipan and found in central east Australia. Its venom, drop for drop, is by far the most toxic of any snake or reptile on Earth. Unlike most snakes, the Inland Taipan's venom is specially adapted to kill warm blooded species. The venom from a single bite is lethal enough to kill at least 100 men. Causing paralysis, brain hemorrhaging, anaphylactic shock and cardiac arrest, death normally occurs in just 30 minutes. 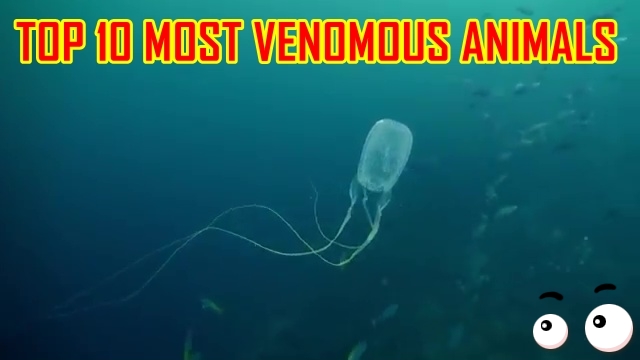 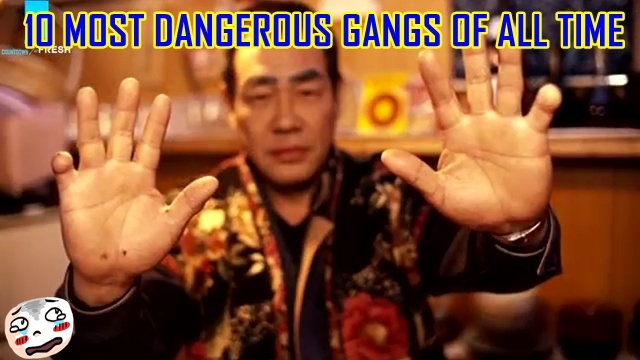 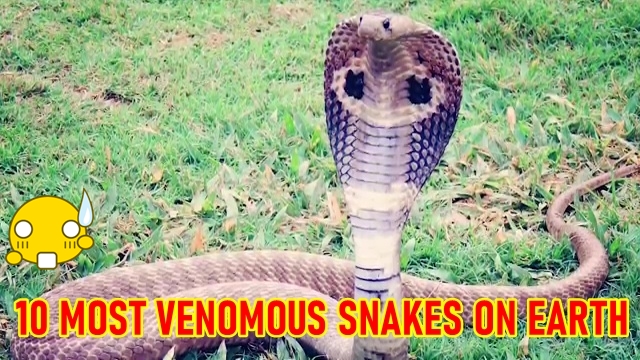 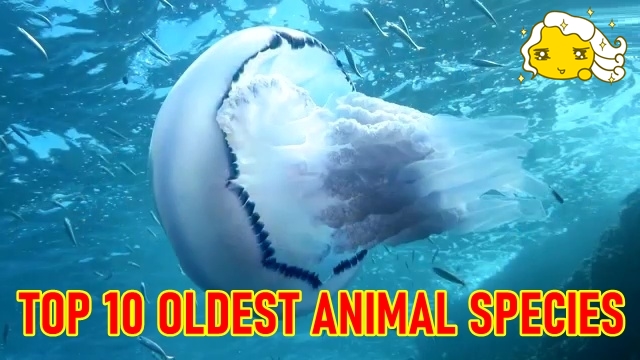