Don’t you just love animals? Cute and cuddly little creatures that you can’t help but nuzzle? Yeah, well, if you tried that with any of these beasts of nature... you’d probably be dead. We’re leaving the snuggly world of lovable fluff behind to warn you of the world's ten most venomous animals! 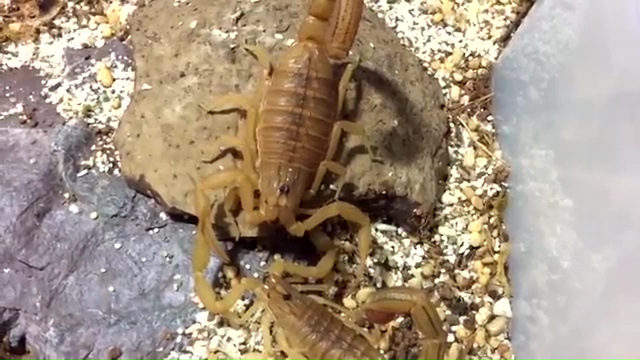 His friends know him as Hottentotta tamulus. You can call him Indian Red Scorpion, the Toxic Terror! This Arthropoda, which can grow up to 3.5-inches long (90 mm), can be found skittering about the lands of India, eastern Pakistan, the lowlands of Nepal, and, rarely, in Sri Lanka, terrorizing anyone that crosses its path with a dangerous, bulbous stinger. One sting from the Indian Red Scorpion can lead to a plethora of uncomfortable symptoms, including vomiting, cyanosis, shortness of breath, cardiac dysrhythmia, shock, hypertension, priapism, loss of consciousness, and death. In clinical studies, the mortality rate of envenomation has been reported anywhere between 8% and 40%. 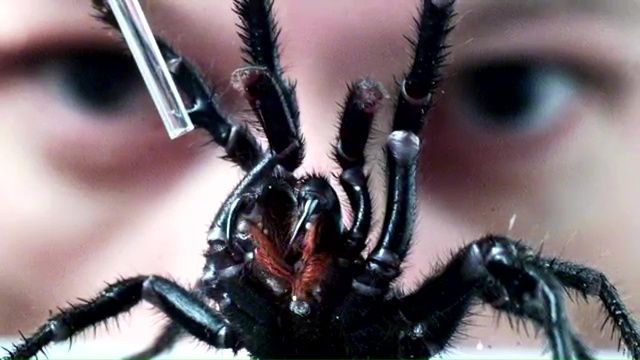 Though the venom from the Australian funnel-web spider was recently linked to the possible prevention of brain damage from strokes, it’s ill-advised to run out and give one of these Atracinae a hug. Thanks to the introduction of an anti-venom, the death rate from envenomation has dropped drastically, but it’s still best to avoid their path. While you may not die, a bite from the funnel-web can cause sweating, twitching, elevated heart rate and  blood pressure, vomiting, confusion, metabolic acidosis, hypertension, unconsciousness, and shortness of breath. It’s no picnic, which is why the male funnel-web replaced the Brazilian wandering spider as the most dangerous arachnid. 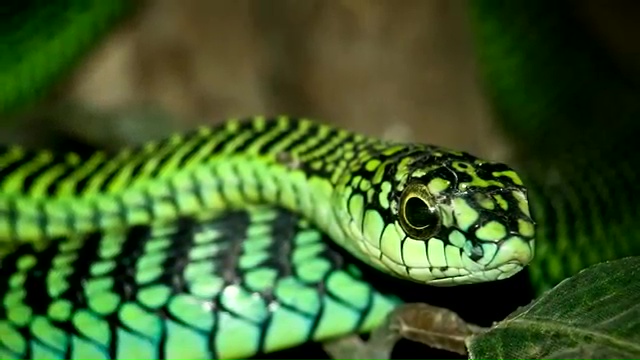 Though its name is quirky and fun to say, the venomous boomslang from Sub-Saharan Africa is far less enjoyable than its moniker. It is one of few members of the Colubridae family that is harmful to humans, thanks to its larger fangs and venom glands. While it’s common for venom to attack the nervous and respiratory systems, that of the boomslang is a hemotoxin that impedes the coagulation of blood in its victim. Along with a headache, sleepiness, and nausea, a boomslang bite can cause hemorrhaging in vital parts of the body. Even with the administration of an anti-venom, it’s possible that a patient may require a complete blood transfusion to survive the bite. 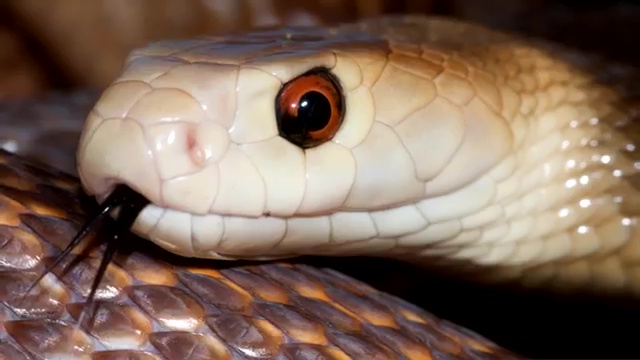 Known for being the world’s sixth most venomous snake, the coastal taipan or common taipan carries an unpleasant dose of taicatoxin, or a neurotoxin that hinders the ability of blood to clot. Within minutes of being bitten, victims can experience convulsions, internal bleeding, nausea and vomiting, deterioration of muscle, and kidney failure, all leading to death within 30 minutes to 2 1/2 hours. There is no surviving the bite of the coastal taipan if left untreated, as it delivers a dosage 1,000x the amount needed to kill the average adult human. Up until 1956, when an anti-venom was introduced by the Commonwealth Serum Laboratories, anyone bitten by a common taipan likely prepared for an uncomfortable death. 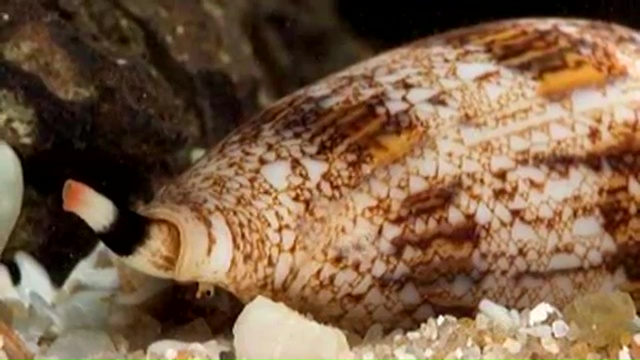 Most of us know snails as a delicious cuisine but the people of the Western Indo-Pacific region, the Cape coast of South Africa, the Mediterranean, and even southern California may recognize snails as a troubling, albeit beautiful, predatory mollusk capable of envenoming and killing humans. The most predominant feature of the cone snail is its outer shell, which is attractive enough to be sought for jewelry or collection. Shell collectors heed caution, however, as the harpoon-like sting of this snail can lead to excruciating pain, paralysis, and respiratory failure. On the plus side, the snail’s venom has been implemented in trials for the treatment of Parkinson’s disease, Alzheimer’s disease, and epilepsy. 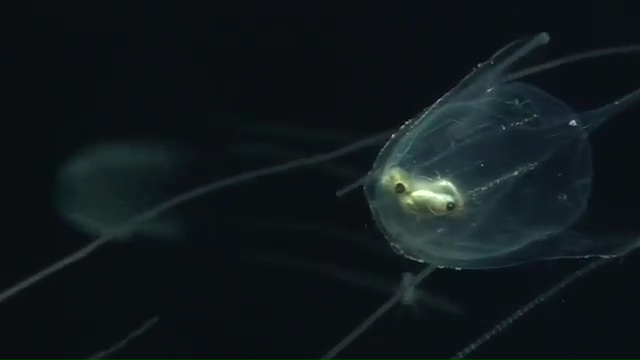 Ranging from a few centimeters to one meter in length (1 inch to 3 feet) and 4 mm wide, the Irukandji jellyfish from Australia’s eastern coast may be the tiniest creature to grace this list. Despite its size, the Irukandji is best known for having its own syndrome. A sting from this oceanic critter’s tentacles leads to muscle cramps, severe pain in the back and kidneys, burning skin, vomiting, and increased heart rate. Amidst all this, the venom can also lead to death, but typically results in psychological alterations, which may make an otherwise happy person feel morose. The death count attributed to the Irukandji is skewed as it’s unclear how many are misattributed to other incidents. 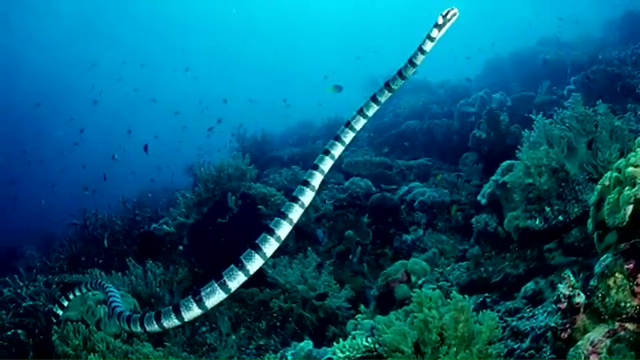 Aipysurus duboisii, or the Dubois’sea snake is endemic to Papua New Guinea, New Caledonia, and, of course, the coastal regions of Australia. Found in depths of around 262 feet (80 meters) in coral reefs, you’re unlikely to happen across this slithery serpent on land, making it easier to avoid the unpleasant effects on the nervous system from a bite of this otherwise docile creature. In lab tests, the venom of this sea snake killed mice with an injection of only .44 mg/kg of the rodent’s body weight, earning it the title of the most venomous sea snake and second most venomous snake in the world behind… well, you’ll see. 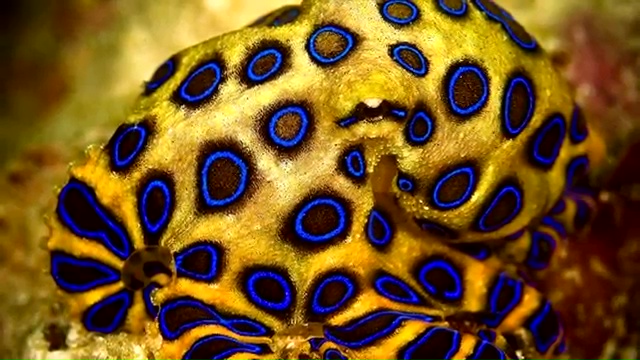 A favorite amongst the Archive team, the blue-ringed octopus is a stunning creature – both visually and physically. While the coloring of the octopus makes it look like a docile creature, its venomous bite distributes a tetrodotoxin vital in the tiny creature’s survival and feeding. This 8-inch (20 cm) Octopoda carries enough venom to kill 26 adults as even the tiniest of nips can cause total body paralysis. It’s fairly easy to not tick off this eight-tentacled wonder, but in case you need a warning, the blue-ringed octopus is known to change its color to bright yellow and flash its blue rings when threatened. 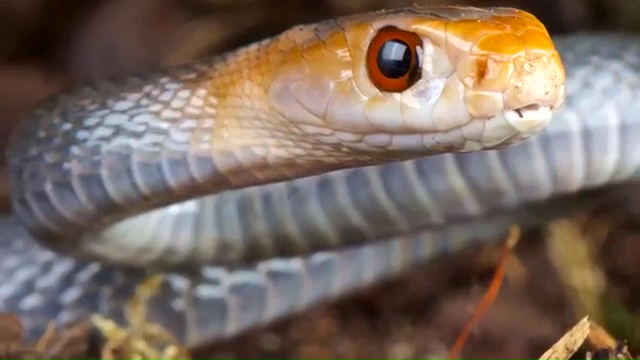 If you thought the coastal taipan was a beast, let us introduce you to its land-based cousin, the inland taipan. Just one bite from this east-Australian terror is estimated to pack enough venom to kill 100 adult males or over 250,000 mice! As the inland taipan is indigenous to remote regions, it hasn’t been connected to many deaths, but it would take only 45 minutes from envenomation for a grown person to perish. The taipan’s cocktail of neurotoxins, hemotoxins, nephrotoxins and mycotoxins can lead to multi-organ failure preceded by dizziness, diarrhea, vomiting, and convulsions. 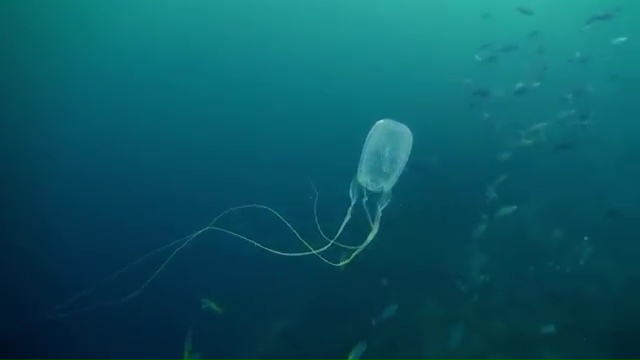 Harmless and quite squishy looking, the box jellyfish, or sea wasp, sports 15 tentacles, each reaching upwards of 10 feet long (3 meters) and equipped with 5,000 stinging cells. The most fatal of the box jellyfish species is the Chironex fleckeri, which carries a venom potent enough to kill a grown adult within a few minutes. Once envenomed, the jellyfish’s prey may suffer from nervous system damage and, if not treated right away, can go into cardiac arrest.