Our global travel now takes us to Iceland, the Nordic slice of paradise between the United Kingdom and Greenland. From its jaw-dropping landscape and wildlife, to the man who broke a 1000-year old record, for this North Atlantic country, we’re going to read the entire installment in Icelandic! Seriously guys? Ha.. ha.. really funny.. As if I wasn't going to have problems reading some of these names as it is...Incredible..

10. Famous Icelanders
Every country has their share of famous people - you'd think that Iceland would be an exception... but you'd be wrong. Musical talents include - and I apologize if I botch any of these pronunciations - Bjork, Jonsi Birgisson, Nanna Bryndis Hilmarsdottir, Johann Johannsson, Emiliana Torrini, and Fridrik Omar, while the film and television industry has welcomed the likes of Hafthor Bjornsson, Anita Briem, director Baltasar Kormakur, and Gunnar Hansen. Iceland’s other Gunnar, Gunnar Nelson, is well known in the MMA circuit while Alfred Finnbogason and Aron Gunnarsson have graced the roster of Iceland’s national soccer team. Artist and sculptors Einar Jonsson and Istvan Ferenczy, poet Sjon, and novelist Halldor Laxness have spread their best timeless works across the globe while YouTubers BirgirPall, InfoMenarik, and DiddaProductions ensure a lasting legacy through a more modern medium.


9. Icelandic Innovations
Ever randomly wonder what Iceland has contributed to modern society? Wonder no more… because there really isn't that much out there.. Sorry Icelanders. Although the Beared Cap, also known as "lambshed-hoods", are pretty cool, but Iceland also has Chester Hjortur Thordarson. Thordarson is known for his work with the power transformer, most notably for the creation of the million-volt transformer for the 1904 World’s Fair. Snaebjorn Tr. Gudnason’s work on NanoIce may not seem as life changing as Thordarson’s transformer, but the potential is there. The concept of NanoIce benefits fish packing, allowing fish to remain fresher for longer. It’s estimated fishermen are able to use NanoIce to keep their catch fresh for 19 days at sea.

8. Icelandic Wildlife
With a name like Iceland, you may be expecting to see a bunch of penguins and polar bears, but the wildlife of Iceland is as diverse as any other country. From the fluffy and completely adorable Icelandic sheepdog to East Iceland’s population of reindeer, the country is brimming with photogenic wildlife that will spur countless “oohs” and “aahs.” The coastal waters surrounding Iceland are also home to majestic creatures like blue whale and arctic seal. Back on land, you’ll likely catch a glimpse of the arctic fox, American mink, Icelandic horse, and the densely populated Icelandic sheep. If you’re a birdwatcher, Iceland has some of the most unusual and beautiful species of birds in the world. Get your binoculars and camera ready and try and spot the barnacle goose, long-tailed duck, red-throated loon, horned grebe and the great cormorant.

7. Icelandic Cuisine
Chart a course throughout Iceland’s history and you’ll find that its proximity to the ocean has heavily influenced the country’s cuisine. From waterfowl to hakarl, or fermented shark meat, Icelandic cuisine comes heavily from the North Atlantic, but it’s not all about seafood. Sometimes, it’s about hrutspungar or svio, a boil sheep head complete with eyes. If your stomach is turning at the thought of these two unusual dishes, maybe you should go for something familiar, like ein meo ollu, otherwise known as the Icelandic hot dog. These lamb-based dogs are commonly topped with ketchup, sweet mustard, fried onions, and remoulade – all the fixens to put you in a food coma. If dessert is more your thing, you have to try Iceland's stapled Skyr, a pasteurized skim milk cheese with a similar taste to yogurt.

6. Icelandic Tourist Attractions
Want to get to know Iceland more? What better way is there than to traverse its lands and get up-close to some of its grandest sites. We’re talking historical landmarks… like the Phallological Museum? Okay, maybe not the finest claim to fame, but there is plenty more out there to see than a museum dedicated to male genitalia. Take, for instance, the beauty of the Blue Lagoon, Iceland’s geothermal spa known for working miracles on the skin of its bathers. Lutheran travelers will take delight in the towering church, Hallgrimskirkja, while naturalists will revel in Skaftafell National Park, Jokulsarlon lagoon, Gooafoss, Askja, and the volcanic crater lake, Kerid.

5. The Mountain and the 1,000-Year-Old Record
To much of the entertainment loving world, he’s the Mountain in HBO’s Game of Thrones, but to Icelanders, he’s the man that crushed Orm Storulfsson's 1,000-year-old strongman world record. On January 31st, 2015, during the World’s Strongest Viking competition, Hafthór Björnsson carried a near 650-kilogram or 1,433 pound log, measuring 10 meters or 33 feet long on his back for 5 impressive steps. Storulfsson’s original record, which was achieved with the mast of Norwegian King Olav Tryggvason’s longship, Ormrinn Langi, was three steps, which ended with his back breaking. It’s said that over 50 men were needed to place the mast, which bore the same dimensions as Hafthór's shoulders.

4. The Icelandic Elf School
North American’s have bigfoot. The Scottish have Lock Ness. Iceland has elves, and to show just how passionate they are about these fascinating creatures, the capital city of Reykjavik is home to Alfaskolinn, the Icelandic Elf School. The school, while not actually a globally recognized place of learning, is where local students and tourists go to learn about the Icelandic folklore of elves. The Icelandic Elf School divulges about the 13 different types of elves, from the invisible huldufolk, or Hidden People, to the 8 centimeter or 3-inch tall humanoids. Belief and protection of the elven species has even crept into political matters, as seen in the 2013 attempt at halting highway construction over an ancient lava field because it could endanger the elf population of the area.

3. The Midnight Sun
It sounds like quite the contradictory event, but in some parts of the world, such as Iceland, a midnight sun is a real thing. During the summer solstice, which starts around June 21st for Icelanders, it’s possible for the sun to be visible for an entire 24-hour period, depending on where in the country you are. In the country’s capital, Reykjavik, the sun sets at around midnight and rises only 3 hours later, creating a perpetual series of daylight for approximately 3 months straight. The Earth’s axial tilt of approximately 23 degrees and 27 minutes causes this phenomenon – and though 24 hours of daylight sounds maddening, locals and tourists just get all the more time to enjoy many of Iceland’s finest facets.

2. A Very Merry Icelandic Christmas
Think Christmas is all about a fat jolly elf and gifts? Iceland’s zany Yule Lads have something to say about that! These 13 incredibly strange trolls - who include the likes of Pottaskefill the Pot-Scraper, Bjugnakraeker the Sausage-Swiper, and Gluggagaegir the Window-Peeper - are actually just the tip of the Christmas iceberg when it comes to Iceland’s holiday traditions. There’s also Gryla, the ogress mother of the Yule Lads who boils naughty children; the celebration of January 6th, or the Twelfth Night and last day of Christmas; the consumption of putrefied skate on St. Porlakur’s Day on December 23rd to symbolize the end of the Christmas fast; and, of course, there’s Christmas Day itself, which is traditionally celebrated on December 24th at 6:00 in the evening. 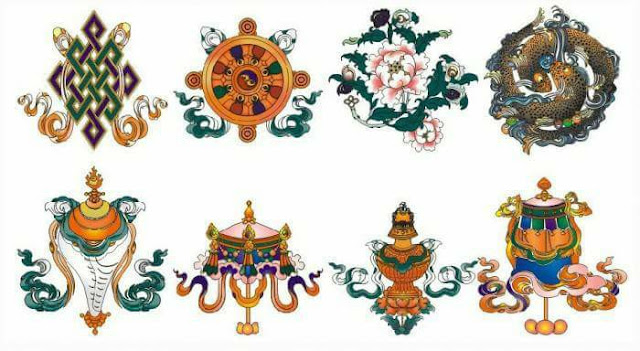