We're once again hitting the road, exploring our great big world with a stop at the South American country of Venezuela. Right across the pond from Cuba, Puerto Rico, and Florida, Venezuela is a land ripe with exotic landscapes, political strife, and, most importantly, Arepas.

10. The Sights of Venezuela
Look at that! We just arrived and Jimsie is already off sightseeing. He has a keen eye for tourist attractions, which is why he set his sights on... what is that Jimsie, the Canaima National Park? I'm sure he'll make his way over to Angel Falls, the world's highest uninterrupted waterfall at 3,211' (979 meters) high. You'd be making a mistake if you missed out on the Morrocoy and Mochima National Parks, but there is more than natural sights to explore. While in Venezuela, check out the National Pantheon, where the nation's most prominent figures were buried, the birthplace of Simon Bolivar, and the San Carlos de Borromeo Fortress.


9. Famous Venezuelans
Plenty of faces from Venezuela have graced our television screens, including actor Edgar Ramirez, model and actress Chiquinquira Delgado, and Roswell actress Majandra Delfino. It's not all about the stars, however, as many notable names have hailed from the South American country. Names you may recognize also include former President, Hugo Chavez, Simon Bolivar, or Antonio Jose de Sucre, composer Reynaldo Hahn, baseball pitcher Felix Hernandez, and its slew of beauty pageant winners like Aymar Aristiguieta, Irene Esser, Sara Angelini, and Maria de Luz Da Silva.

7. Inventions from Venezuela
Though early Spanish rulers didn't promote education in territories like Venezuela, that didn't stop great minds from emerging from the South American country. Several notable inventors have hailed from Venezuelan and have been responsible for giving the world useful implements like the diamond knife and formulas for the degradation of fossil-based high-density plastics. Ignacio Layrisse was largely responsible for the trademark on Orimulsion, a bitumen-based fuel used for generating electricity. Gabriel Rincon-Mora's research led to the design of silicon-based microsystems running on small batteries or fuel cells capable of using light and temperature to harness energy.

6. Your Coffee Supplier... for
Now When the Spanish conquerors came to Venezuela in the late-1800s, they brought with them the resources locals needed to start producing coffee. When they started growing coffee beans in the Premontane forest of the Andes mountains, they likely didn't know that Venezuela would eventually be a leading supplier of coffee across the world. As rich as coffee production was in the 19th century, however, by the 20th century, soil erosion and poor farming practices started to hinder crops. The decline has continued and in the 2016/2017 marketing year, it was estimated that the Venezuelan market had to reduce production by 400,000 bags.

5. The Timeless Warao Indians
In the United States, Native Americans were mostly forced to adapt to modern way of life. The Warao of South America, found mostly in the Orinoco River delta of Venezuela, have avoided the modernization of Venezuela and retained much of their earlier culture. The Warao survive through fishing, hunting and gathering and still live inside hatch homes just off of the river. It's how they've lived for more than 100 years and there doesn't seem to be any changing in that, despite the modern world being a relatively short distance away.

4. Venezuelan Cuisine
Slow down there, Jimsie. You'll give yourself a stomach ache eating all those arepas. Arepas, by the way, an invention of Venezuela made from a ground maize dough and commonly filled with beef, avocado, and yellow cheese, though it'll vary widely throughout the country. You'll also likely find restaurants serving mandoca, a deep-fried cornmeal ring, casabe, a yucca-based bread, and perico, a scrambled egg dish with tomato and onions. Would you also believe that Venezuela is considered second in the world when it comes to consumption of pasta? The average amount of pasta eaten per household is approximately 28 lbs (13 kg) a year.

3. Venezuelan World Records
Venezuela, like many other countries, isn't shy about breaking records. The records its people break may be a little... strange at times, but it's still worth boasting about. Where else would you be able to find the largest arepa, which was measured at 1,086 lbs (493 kilos) in 2011? In 2007, Ermanno Pietrosemoli earned the nation the record for the longest broadband wireless connection while Jeison Orlando Rodriguez Hernandez and his giant loppers walked away with the record for largest feet on a living person in 2014. The list goes on with the longest career as a teacher, largest centipede, and, unfortunately, the highest mudslide death toll.

2. Venezuelan Sports
The Venezuelan Football Federation oversees one of the country's more popular sports - what we Americans call soccer. It was founded more than 90 years ago and became an official affiliation in 1952 - but football isn't the only sport you'll find popularized in the South American country. Venezuelans have also adopted baseball and the country's league, the Venezuelan Professional Baseball League, has even seen players recruited by the American Major League. Other sports you may catch on Venezuelan TV includes toros coleados, a form of bullfighting, tennis, rugby, and basketball.


1. The Constitution of Venezuela
Though the United States has been sitting on the same constitution since 1776, albeit with a few alterations, Venezuela is currently on its 26th constitution. The most recent document was drafted in 1999 and officially adopted in December of that year, replacing the 1961 constitution. President Hugo Chavez pushed for the new constitution and brought about many socioeconomic changes and an official name change of the country from Republica de Venezuela to the Republica Bolivariana de Venezuela. The new constitution created two additional branches of government, removed the state financing of political parties, and strengthened basic human rights like the freedom of expression, assembly and the socio-economic rights like the right to employment, housing, and healthcare. 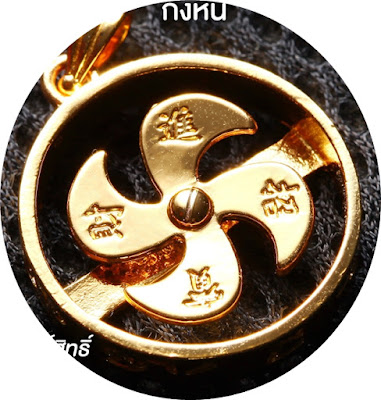