Weve done a few now and the response has been amazing - you guys seem to want to hear creepy Urban Legends from every single country around the world. If thats the case, let me know which country you want next but for now - were talking about a country you may have heard of - the United States of America. And this is the Top 10 Scary American Urban Legends. 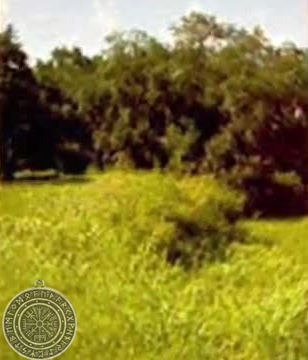 This one comes from Louisiana. In the early days of New Orelans, there was a road called Grunch Road that went deep into the swampy woods before coming to a dead end - thats where the Grunch people lived - a strange hybrid of albinos and dwarfs - forced away from society and forced to live in their own community. As the years went by, people started to doubt the stories authenticity - but it sparked up again when people started disappearing down Grunch Road. Nearby farmers reported their animals missing or finding them dead and drained of their blood. Many locals now refused to head down Grunch road for fear of meeting the same fate. 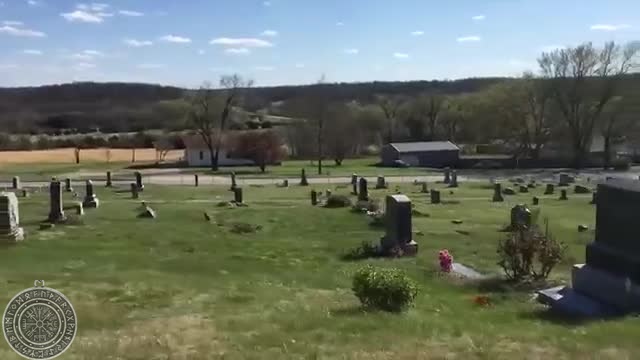 To those that know the stories, Stull Cemetery in Kansas is better known as the doorway to hell. Legend says that the devil himself chose the cemetery as his entrance from the underworld to our own. Its said that a tree once stood in the cemetery and an old tombstone inscribed with the word -Witch- … the tree was used to hang condemned witches who were put to death by the locals. The tombstone apparently marks the burial spot of Satans own child - a creature born deformed and covered in wolf hair. In modern times, the legend has continued with reports of the ground catching fire randomly. Pope John Paul the 2nd was said to divert his private plane around the cemetery because it was so tainted by evil. Whether or not you believe this all, theres plenty of videos on YouTube to checkout if youre interested. 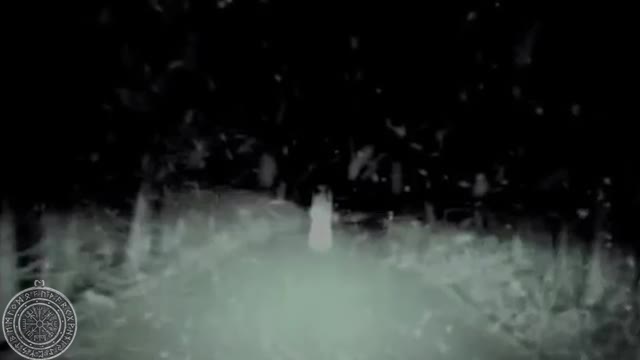 This is for all of you guys that get creeped out by Little Girl ghosts. The worst kind. Strasburg Road near Detroit has a disturbing tale of murder attached to it. Legend says a little girl was killed on the road in the 1940s. Ever since then, people have reported the same story. They stop at a traffic light and see, on the side of the road, a young girl standing - just standing and staring right at you. Whether they freeze or try to speak to her, she slowly walks forward to the car and stares at you with deep set, hollow eyes. She scans your face to try and find her killer and get her revenge, you better hope you don't look like them. 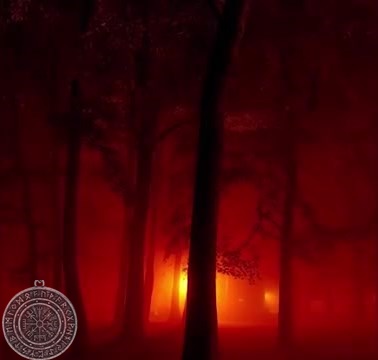 The story goes that in 1948, a wildfire swept across Ojaji California. The flames consumed a cabin where a man lived with his son. He was burned alive but his son survived - just barely though. When the authorities arrived, they found a shocking scene - the father had been flayed - his skin had been removed from his body and peeled off, his body hanging from a nearby tree. The police searched for the purportator - they heard a wheezing from a nearby bush and then suddenly, the son bolted out. The overpowering spell stunned the officers and in that moment, the boy ran into the trees and escaped into the hills. In the years since, many locals say they have seen the Char-Man in the woods, horribly disfigured by his burns and tormented by his past. Hes said to creep up on the tents of innocent campers, waiting for them to fall asleep. 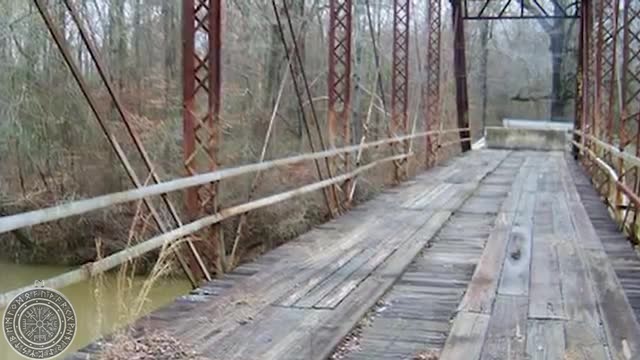 This one comes from Oxford Alabama. The story goes that in the 1950s, a young couple crashed their car off the side of the bridge and drowned. Now, some locals believe you cross the bridge at your own peril. One story is that if you drive your car out to the middle of the bridge and turn off all the lights, the couple will appear in your car, sitting behind you. When you turn around theyll be gone, leaving a wet seat behind. The other story is that if you drive over the bridge and look over your shoulder halfway through, the scenery behind you turns into a portal to hell - spouting fire and flames. Whether or not you believe this - its enough for some people to look for a different way to cross the river. 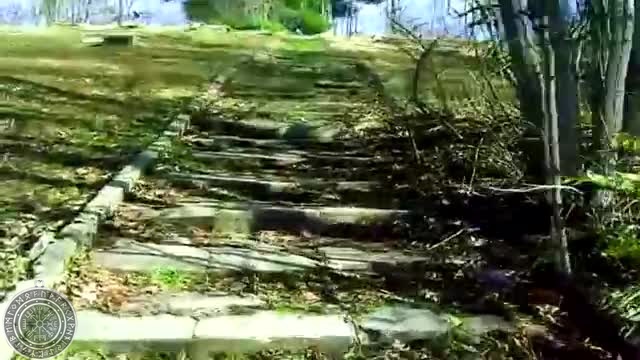 This is located in the town of Brazil in Indiana. Interesting name for a town - and the cemetery is even more interesting. Its been used for at least 150 years and in that time its gained quite a sinister reputation for a ghostly undertaker. The story goes that as you walk up the many steps to the top of the cemetery you must count each step. When you reach the top, you must turn towards the open field and the ghost of the cemeteries first undertaker will appear. Without saying anything, he will then reveal your own death to you in a vision. Straight away, you must proceed down the steps and count each one again. If the number is the different to the one counted on the way up - the vision was true. An added bous is that if anyone tries to cheat and climb up or down without using the steps, a ghostly hand will push them to the ground leaving a red imprint on their back for days as a mark of the devil. Definitely not a place to just got for a Sunday walk then.

4. The Goat Man of Pope Lick

This is an old Kentucky urban legend about a hideous being who roams the woods across the state. Those who have seen him describe the goat man as having dark fur, pale skin, goat legs and twisted horns. Some say he was an escaped circus freak, others say he was a farmer who tortured goats for Satan - Satan repaid him by turning him into a tortured goat himself. The Goat Man is said to hide under the rusty bridge that crosses Pope Lick Creek in Louisville. Legend says he lures people onto the train tracks and then takes pleasure in them being hit by oncoming trains. Please don't go looking for this one though guys, in 2016, a woman actually fell to her death from the bridge while looking for the Goat Man. 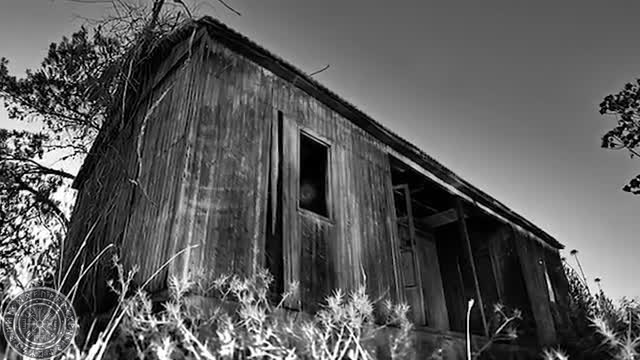 With a name like that - you know its not gonna be a pretty story. During the 1800s Gold Rush, a family moved lived in the canyon in a wooden shack. Every day was the same, the husband would set off into the mountains to search for gold and food for his family. Then, one day he didnt come back - presumably injured or killed by animals, the mountain or other humans. His wife waited for her husband for weeks until they began to starve. Driven mad with the hunger and her childrens cries, she put on her wedding dress, picked up a knife and murdered her children, throwing them in the river and then weeping until starvation killed her too. Legend says that that if you visit the canyon today, you can still hear the Mothers painful cries. 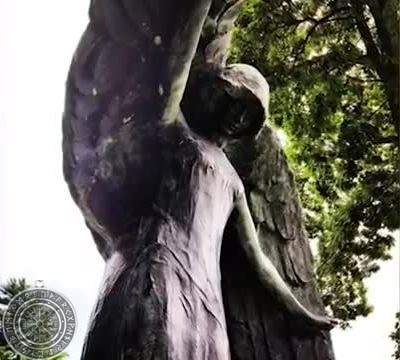 This statue looks creepy as it is - an old, worn, corroded angel staring down over Oakland Cemetery in Iowa City. Her sinister appearance has helped spawn a number of different legends around her. One of them says that a pregnant woman should never walk under her lest they want to lose their unborn child. Another says that if you kiss or perhaps even touch the statue, youll be dead within 6 months. This is the kind of story that scares everyone off - whether or not you believe in curses - its just not worth even thinking about! 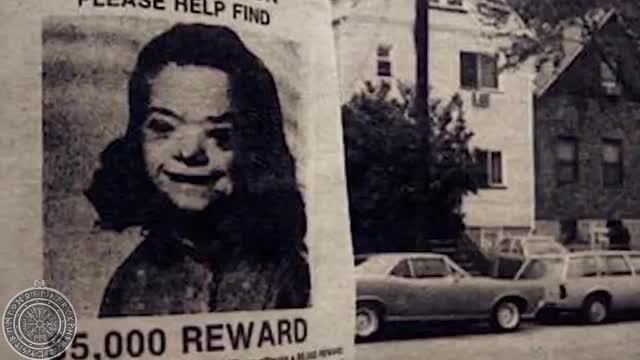 Many New Yorkers know the story of cropsey, the boogeyman of Staten Island. Legend says he was an escaped patient from a mental asylum who went on a murderous rampage. He had a hook for a hand which he would use to drag children back to the abandoned ruins of Seaview Hospital. Pretty creepy - but heres where it gets really scary. Many parents would tell this to their kids to scare them into being cautious about strangers even if they didnt really believe it. But then, in the 1970s, a real killer called Andre Rand really did start hunting children in a similar way. Was he using the Cropsey legend as cover? Either way, people take the legend a lot more seriously now. Wow America, you kinda creepy, you really are kinda creepy.