This the Top 10 Scary Chinese Urban Legends - as you know, taking a look at different countries - what would you like to see next? Today, we look at China - a country steeped in thousands of years of history and stories some of them are very creepy indeed. 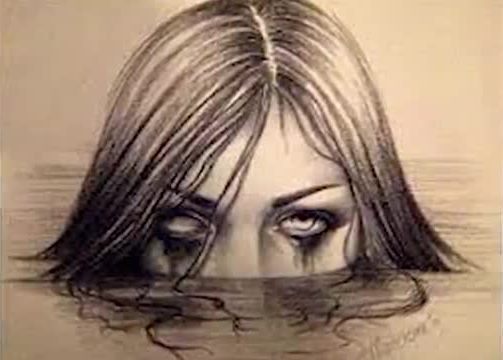 This story goes that there once was a young couple who were in love. They planned to run away together and get married. They arranged to meet at midnight beside a lotus pond. The girl arrived and waited for him but he never came. As she headed home, she spotted her boyfriend with another girl - this devastated her and made her cry and cry. She went back to the lotus pond and threw herself in the water where she drowned. A while after, another couple agreed to meet at the lotus pond. This time the boy was there first - he waited for his girlfriend by the waters edge. Suddenly, he hard a womans voice behind him say -I asked you to meet me at midnight, didnt I?- … the boy answered -no- … all of a sudden, two pale hands burst out of the water and dragged him into the pond where he drowned. Ever since then, people have kept an eye out when they go to a Lotus Pond at midnight - if you hear a girl, don't answer her or even look at her, or you too may be dragged to a watery grave. 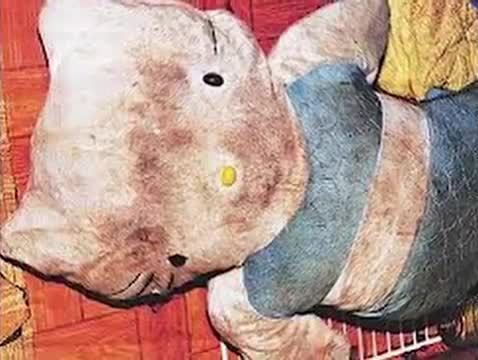 In May 1999, a 13 year old girl in Hong Kong told the police that a woman that her boyfriend helped murder was haunting her. She told the police the victim was a 23 year old woman who was being tortured endlessly while bound with electrical wire. The police followed some leads to a house where they found some shocking evidence - a large Hello Kitty Doll stuffed with a womans head. The victim was identified as 23 year old nightclub hostess Fan Man-yee who was abducted the year before for failing to repay a debt. When the story hit the press, it terrified Hong Kong residents who called it the Hello Kitty Murder. Months later, CCTV images began circulating from roads near the house showing a dark female figure lurking in the shadows. Some believe her restless spirit still haunts the area. 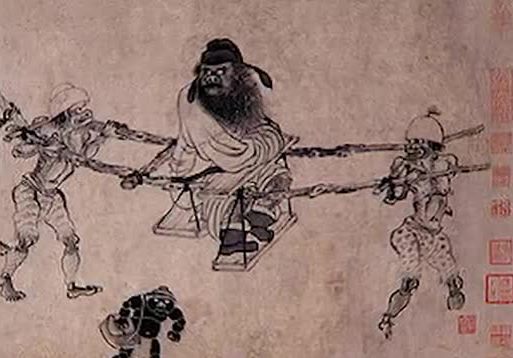 This one one roughly translates to English as -Monster- … the monsters mating season is said to be triggered by rain - one of them is known was the Yaoguai. They are demons that eat peoples souls to gain immortality. They are shapeshifters that are said to take on different forms to trick their victims. One story told of a man who brought a beautiful girl home. One night, he spied on her through the bedroom window. Instead of seeing the girl, he saw a demon painting features onto the skin of the girl - like someone would improve a dress. 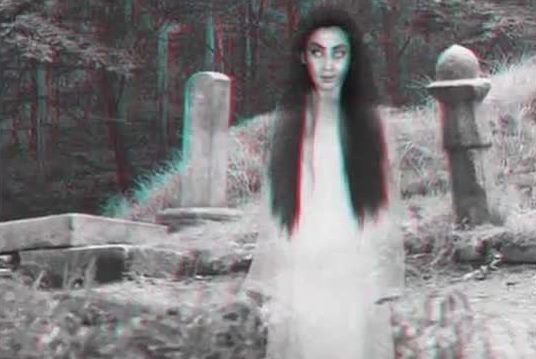 This one comes from Hong Kong where a Nu Gui is a ghost woman. The story goes that they are women who were wronged in life and linger on Earth to exact vengeance on her enemies. Usually they were the spirit of a women that was murdered or abused by their husbands. This has led many people in Hong Kong to believe that the ghost hates men specifically - they will kill men but only scare women. 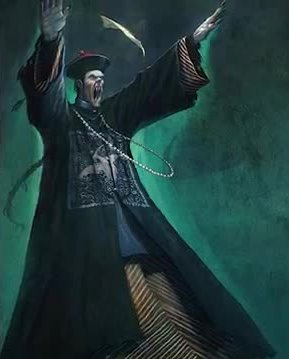 Essentially, these are Vampires in some Chinese traditions. The closest translation for their name -hard- or -stiff- … this is because they are almost a cross between a vampire and a zombie. A person dies and just as rigor mortis sets in they wake up with stiff joints and begin wandering - looking for blood to suck to survive. A Jiangshi is said to be created when a person dies to things like suicide, magic or an improper burial.

This is otherwise known as the Souls of The Drowned. They are the vengful ghosts of people who have drowned. They always lurk in the same spot as where they died. They wait for an unsuspecting person to swim by or get too close - and they they pounce. They drag their victim down into the water to drown them. Then, that person becomes the new Vengeful Soul, creating a cycle that lasts forever. 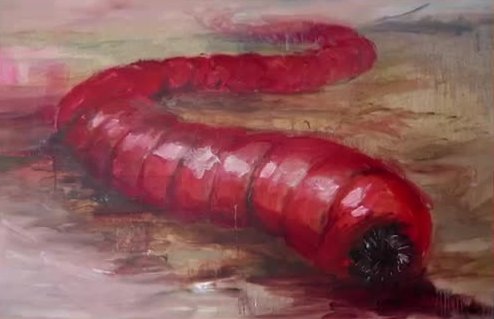 Rumored to exist in the Chinas Gobi Desert, the Mongolian Deathworm is well known to a lot of chinese people. Its said to be a hellish creature, red from top to tip, somewhere between 2 and 5ft long. Some say theyve seen them grow to twice as long. Locals fear the worm because it is said to be high toxic - they say it has the ability to spray its venom from a distance which is deadly enough to kill a horse. 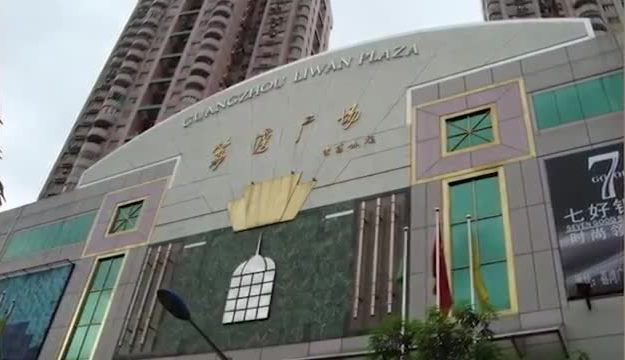 In the city of Guanzhour lies the Liwan Plaza shopping mall. Locals always said the chinese character for the mall looks a lot like the one for death. That seems morbidly appropriate in a way as its been the site of more than 12 suicides over the years - some witnesses swear that a supernatural force seemed to push the victims over the railings. The Malls curse was so begin many years ago when developers overlooked where they were building it - right on top of an ancient Chinese burial ground. They didnt notice until construction unearthed 8 empty coffins which locals blame for the strange noises and deaths that plgaued the area. Taoist priests were brought in and they identified the coffins as being part of a ritual to actually keep AWAY evil spirits - if they werent disturbed for a thousand years. That was the mistake then. 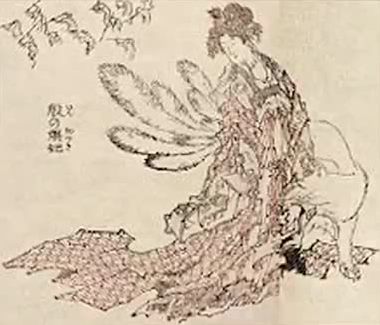 Da Ji was the life of King Zhou - the last ruler of the Shang Dysnasty. She was said to be an evil woman - her and her husband gained sexual gratification by seeing people being tortured - she even invented her own torture device - the paolao. It was a bronze cylinder which she would strap her victims in. The coils were then heated up - resulting in a painful death as the victims were slowly cooked alive. 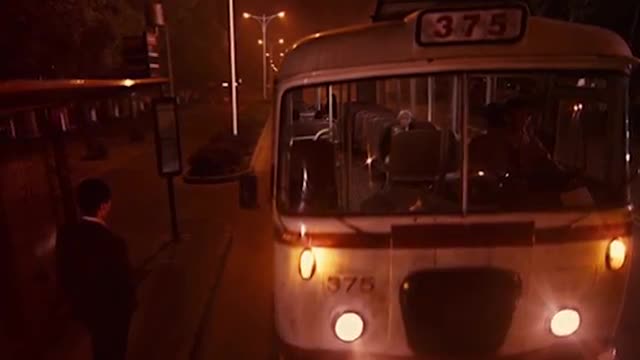 In 1995, a young man boarded the last bus to Fragrant Hills in Bejing. Shortly into the journey, two men tried to wave the bus down. The driver was reluctant but the conductor reminded him that this was the last bus of the night. The two men got on board and passengers were surprised to see they were wearing traditional Chinese robes - their faces white as snow and expressionless. Everyone eventually got off except for the 2 robed men, the young man and an old woman. She accused the young man of stealing her waller - the young man angrily defended himself - she insisted they get off there and go to a police station to resolve the matter. When they got off, she told him that she had made the argument up to get him off the bus with her because she had noticed the two robed men had no legs which meant they must have been ghosts.