We have a country that is very dear to heart - Ireland. Its history goes back thousands of years and contains many amazing stories - some of them are pretty scary though - they've survived since ancient times - does this mean theres some truth to them? And this is the Top 10 Scary Irish Urban Legends.

10. The Demon Bride of County Monaghan 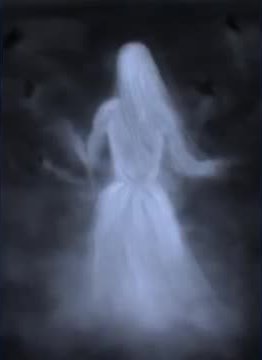 This is a story of death. The Demon bride is said to have terrorised funeral goers for at least 200 years - her victims now lie in the churchyards where they fell. Across County Monaghan, people report the same thing - the demon bride watches funerals and waits as the deceased are laid to rest. As everyone leaves, the Demon Bride approaches a young man straggling behind. She transforms into a beautiful young woman and makes him promise to meet her a month from that day back at the graveyard. She seals the deal with a kiss and then vanishes. As he leaves the graveyard, his blood runs cold and a deep sense of despair washes over him. He realises he has sold his body and soul to the evil spirit and his life has been forfeited. Over the next month, he descends into madness before eventually dying. He is laid to rest in the same graveyard as before, exactly a month after he first met the demon bride - his promise fulfilled. 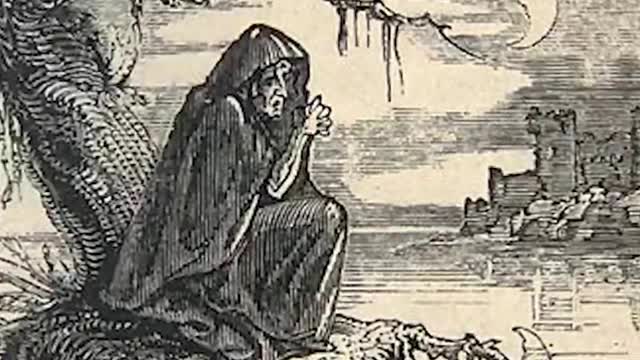 The Banshee is a female spirit that wails in the night as a sign that death is coming for a family member. Legend says the banshee has long, streaming hair, wears a grey cloak over a green dress and her eyes are red from constant weeping. According to the -Ancient Legends of Ireland- book, the Banshee -may be seen at night as a shrouded woman, crouched beneath the trees, lamenting with veiled face or flying past the moonlight, crying bitterly. And the cry of this spirit is mournful beyond all other sounds on earth, and betokens certain death to some member of the family whenever it is heard in the silence of the night. 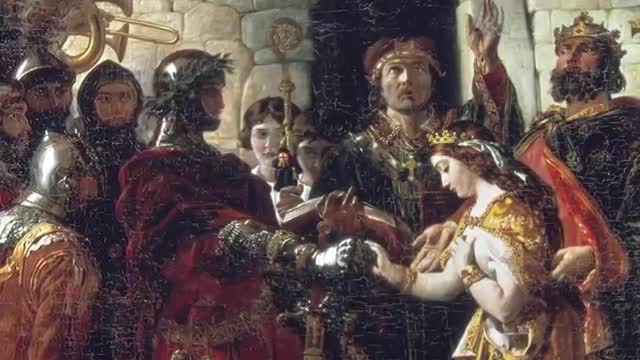 Many countries have a vampire legend, this is the Irish one. The name translates from Irish as -red blood sucker- . Originally the Dearg-Due was a normal girl who lives over two thousand years ago. She was said to be beautiful, with blood red lips and pale blond hair. Her true name has been lost in the sands of time, overshadowed by what she became. Men travelled from all over Ireland in the hopes of being with her. However, she fell in love with a local man who was very poor. He was perfect for her but without money, her Father would never let them marry. Instead, he married her off to an old, cruel man who abused her. He also liked to draw blood from her while she was locked in a tower cell. 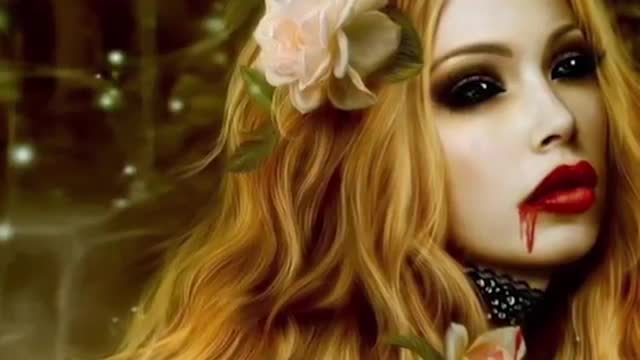 One day, she gave up hope of her true love ever rescuing her and committed suicide by refusing to eat. Her dying breath was of vengeance against the living. Her undead corpse rose from the Earth on the night she was buried, thirsting for the blood that was taken from her. She was now the Dearg-Due, stealing blood from children, from the innocent and especially from young men. She would call to them in the night with a haunting siren song that lured them to their deaths. Some say she still wanders to the Irish countryside at night, calling out to her next victim … 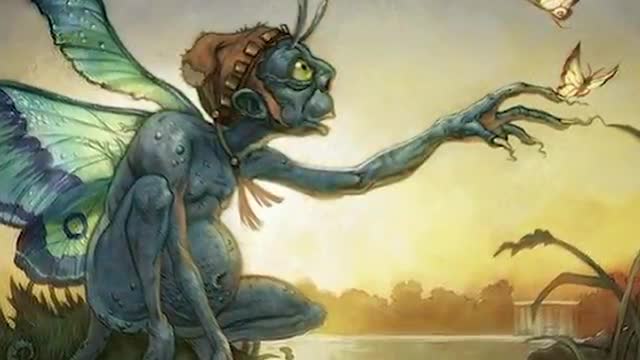 These are mythical fairy creatures that take the place of a newborn human child that has been stolen by the fairies. The fairies will still the child to act as a servant. Families would try and see if their baby was a changeling through a number of different ways. One involved placing them over a fire. If the baby wass a changeling, it would leave by climbing up the chimney. The real child would then be returned. It was thought that the fairies prefered to steal baby boys. As a result, many Irish families would dress their baby boys in dresses as to confuse the fairies. 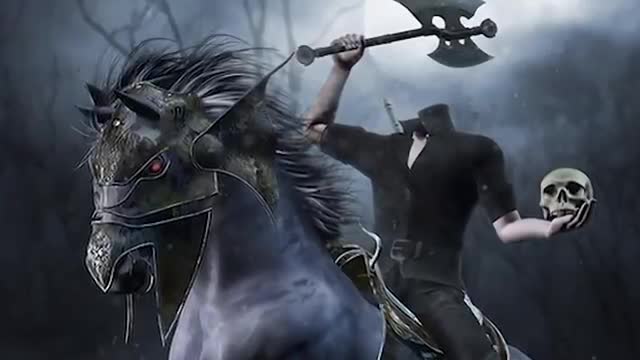 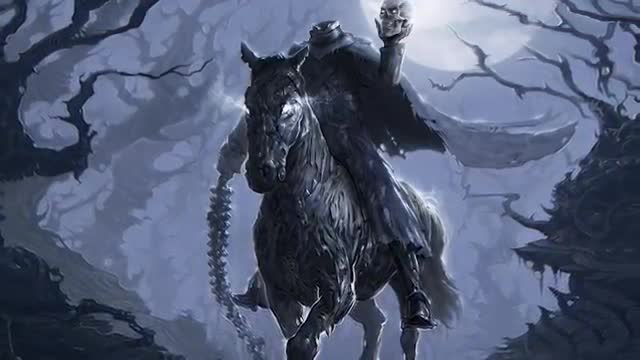 The Dullahan is a headless rider of the night who carries his own head under one arm. His mouth is locked in a hideous grin that touches both sides of his head. His flesh is rotting and he uses the spine of a human for a whip. His job is as a foreteller of death. Where he stops riding, a person is due to die. He will call out the persons name at which point they drop to the floor dead. There is no way to stop the Dullahan - all locks and gates open when he approaches. They don't like being watched either and will throw blood over anyone who dares to do so - this is also taken as a mark that they are among the next to die. 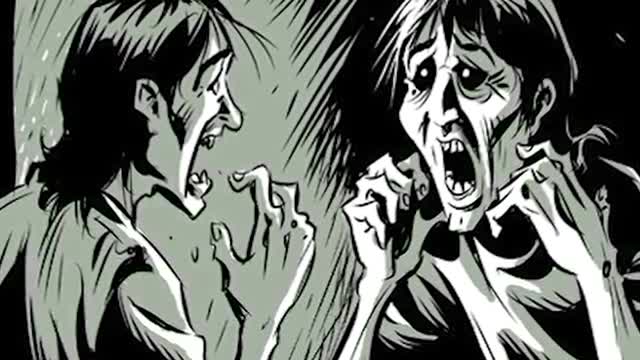 The Fetch is a supernatural double of a living person. You could have your own Fetch. They are like a doppelganger but with more sinister undertones. Their sightings are regarded as an open of impending death. If a person sees this dark double of themselves, its said to mean they are going to die. Sometimes The Fetch may even have a clue as to how that person will die - perhaps a bullet wound in the head or a slash across the chest. Either way, its not something you want to come across. The Fetch is said to appear ghostly or shadowy and may vanish down alleys or halls if followed. 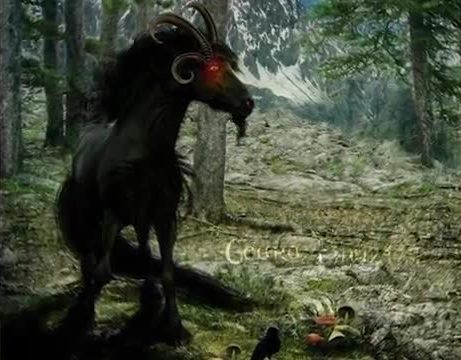 According to Irish folklore, these are strange little creatures obsessed with causing as much havoc as possible. They visit farms and seaside communities to tear down fences and disturb the animals. The creepy part is that the legend says the Puca sometimes stands outside the farmhouse and calls the people outside by their name. If anyone steps out, the Puca will carry them away forever. There are stories of them being blood thirsty and vampire like creatures as well as ones that describe them as man eating beings, hunting down, killing and eating their victims. 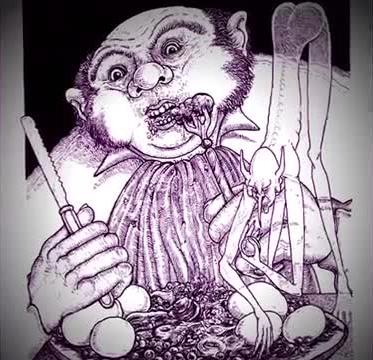 This creature is also known as the joint eater. Don't worry, it doesnt eat your joints - but this creature does something just as strange. Its said to be a newt like creature that preys on people who fall asleep near rivers or streams. It jumps down their throat and lives in their stomach so that it can eat the victims food. In the collection of folk tales called Beside the Fire, a farmer who was starving from an Alp-luachra found a way to get rid of the creature. He ate large amounts of salted meat until he could eat no more. Then he lay by a stream with his mouth open. The Alp-luachra were driven to thirst by all the salt and eventually, they all jumped out of the man and into the water.

2. The Black Cat of Killakee House 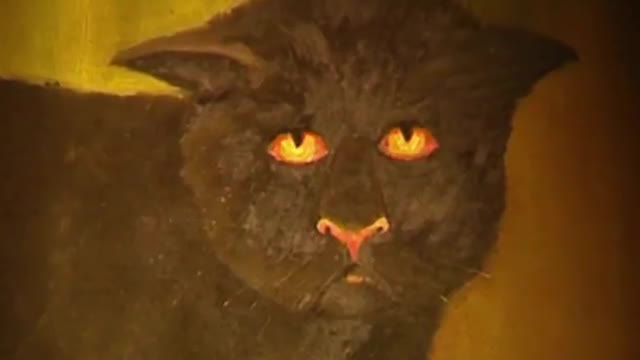 There is said to be a beast that wanders the forests of County Dublin around the old Killakee House. The animal has been sighted for centuries and people say its supernatural. For many people though, this was nothing more than  superstition. That was until 1968 when a young couple bought the Killakee house and started renovating it. The hired workers reported strange noises and events and a big black cat with demonic eyes that haunted them. It would appear and disappear in a moment. The owners didnt believe them until they saw it too - standing in the hallways, staring and snarling. The couple got a priest to perform and exorcism on the house which seemed to rid it of the beast for a while. Then a group of actors held a seance in the house which brought the black cat back with many swearing it still prowls there to this day. 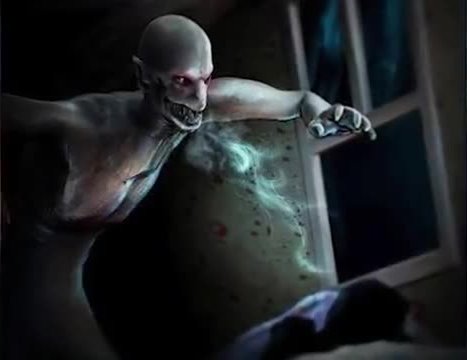 Some say these spectral creatures are demons but a closer term would be malicious spirits. The Slaugh are dead sinners who have been doomed to spend an eternity hunting for the souls of people who are dying. According to Irish Folklore, they come from the west, flying like a flock of birds, trying to enter a house where they sense someone is dying in order to steal their soul and rob them of a happy afterlife. It was said that many family would actually shut their west facing windows at all time to keep the Sluagh out of them homes. Some folklore experts have compared this to the Wild Hunt, a European folktale about ghostly hounds or spirits traveling around in packs foretelling of death and disaster.