Are you ready for another journey across the globe, fellow Archivists? For our next stop, we're going to a place that covers 3.7 million square-miles (9.6 million square-km) of the Earth and boasts the largest registered population at 1.4 billion people. China is a fascinating land filled with so many intriguing tidbits that it was quite the renwu (yen-woo) to narrow down a list of only the top ten amazing facts about the China Red Dragon.

10. A Longstanding Feud
During the Tang Dynasty, Chinese and Japanese relations were amicable, but it was a pleasant time that wouldn't last forever. Though the nations feuded over control of Korea, there was a relative peace between the two. Unfortunately, that wouldn't last forever, and when Commodore Perry butted into Japanese affairs in 1850, the empire was forced out of isolation and quickly became a military power, surpassing China. Though China started to admire Japan, radicals in the budding nation felt its Asian counterpart was inferior. This was most evident in the early 20th century, when Japan pushed into Chinese territories, sparking the Second Sino-Japanese War. Even today, anti-Japanese sentiment is rampant in China - and vice versa for Japan.


9. The Cuisine of China
It's time to clear something up. That take-out you get from the Flaming Panda every Friday night isn't exactly Chinese food. Sure, it's generally inspired by it, but it's very Americanized. In 2014, Business Insider did a piece on the dishes you should order from a Chinese restaurant, comparing them to the American versions. For instance, the crab rangoon you get isn't a Chinese delicacy, but Xiao Long Bao from Shanghai, which is filled with real crab or pork, is. As much as you may love Fortune Cookies, their country of origin is - you guessed it - the United States of America. Chinese take-out is considerably heavier than authentic Chinese food, as seen with the American-style egg roll and lo mein noodles. Instead, go for cong you bing, or scallion pancakes, and zha jiang mian (Ja jee-ang mee-en), a lighter noodle dish with stir-fried pork and fermented soybean paste.

8. Famous People of China
When you think of famous people from China, you may immediately think of General Tso, the man that created the popular chicken dish. Except he didn't, and Zuo Zongtang (Zow Zong-Tang) wasn't what we'd call "famous." Instead, you should think of people like the Dalai Lama who, despite being born in Tibet, was exiled to India and the ancient Chinese teacher and philosopher, Confucius. More modern recognizable names include Bruce Lee, Yao Ming, Jackie Chan, John Woo, Jet Li, Ming-Na, Zhang Ziyi, and Chow Yun-fat.

7. The Cave People of China
Not only are there an abundance of caves scattered across China's landscape, many of them are inhabited by people. According to a 2012 report by the Los Angeles Times, an estimated 30 million people in China live in caves. That's approximately 2% of the population. A bulk of that populous can be found in the Shaanxi province, which is known for porous and soft soil. Even well before modern man, the Zhoukoudian (Jo-Ko-Dee-On) cave system was inhabited by the Peking Man. One downfall of living in a cave, says Ren Shouhua (Show-Wa), who grew up in a cave, is that you aren't guaranteed modern conveniences, though some ritzier dwellings are equipped with electricity and running water.

6. Panda Diplomacy
Wouldn't the world be a better place if pandas could be gifted to other countries as a symbol of good faith and appreciation? Hate to break it to you, but panda gifting isn't the fix-all for the world's issues as China has implemented "Panda Diplomacy" dating as far back as the Tang Dynasty. The first use of the practice was when Empress Wu Zetian gifted pandas to the Japanese emperor...and we see how that ultimately turned out. As recently as 2014, Panda Diplomacy has been in practice with the last exchange being two pandas that were sent to Malaysia in celebration of 40 years of diplomatic ties.

5. Chinese Inventions
As much as people from the U.S. may joke about items "Made in China," many of the inventions today came from brilliant Chinese minds. Americans should, at the very least, praise China for its hand in creating gunpowder, which was a strange side effect created during the search for human immortality. We also have China to thank for silk, umbrellas, the compass, deepwater drilling, and even paper. The process of fermentation, which is used in alcohol production, is also said to have roots in ancient China.

4. China and Sports
We've covered much of the world but we're most excited to get to China so that we can talk about one of the nation's most popular sports - Pingpang. You may know it better as table tennis or ping pong. There was a time when ping pong was the only sport in China, and was the equivalent to football in the United States in popularity. If you thought Panda Diplomacy was nuts, China and the United States underwent "Ping-pong diplomacy," where the two nations exchanged table tennis players in the 1970s. Other sports that have a big pull in China include badminton, basketball, and soccer.

3. China's World Records
With a population of more than 1.4 billion people and growing, there are bound to be quite a few world record holders; and according to the Guinness World Records, in China, there are more than we have time for. In June of 2012, Liu Yang became the first female astronaut from China. In 2011, Kaifeng City in the Henan Province broke the record for longest carpet of flowers, measuring 6,597 feet and 8 inches (2,011 m). May of 2012 saw the record of the largest trouser mosaic, made from 23,171 trousers, and, in 2006, China was crowned for having the most hospitals. The list goes on and on, like earning a record for the largest producer of energy, highest consumption of cigarettes and honey, and the longest distance on a tightrope with a motorcycle with no front wheel.

2. The One-Child Policy
From 1979 to 2015, China implemented a policy that forced Han Chinese families to restrict their family size to one child per household. The fear was that China's population would grow to a point where an overpopulation catastrophe was inevitable. Limiting families to one child was believed to eventually have a positive effect on social, economic, and environmental strains. Families that didn't adhere to the policy faced income-based fines. On January 1st, 2016, the law was changed to a two-child policy, allowing families to have two children. The policy led to the creation of the term "black child," which is a baby that's born outside of the policy and not registered with the national household registration system.


1. The War on Pollution
If nations are going to lead the charge against pollution, China should definitely be one of the principal factions. When China hit a period of growth around the early 2000s, its increase in industry also created an exponential increase in carbon dioxide emissions, nearly doubling its production within a matter of years. Realizing something would have to be done, the nation started to combat pollution in an aggressive manner. Since 2015, China led the world in electronic vehicle sales and saw a drastic increase in use of solar panels. To further limit its production of pollution, which is estimated to cause 1.6 million deaths per year in the nation, China has also been pursuing wind energy and changing from coal to hydrogen. 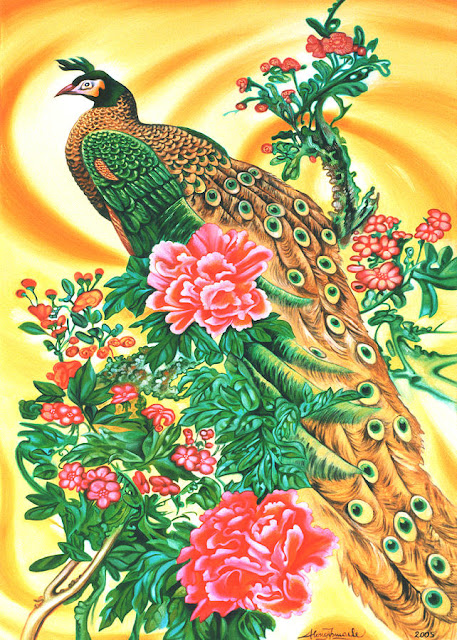