Around The World Havana Stink over perfumes

Havana
Stink over perfumes: There will be no colognes smelling like Ernesto “Che” Guevara or Hugo Chávez. A Cuban state-run company had created the scents but will not be allowed to sell them, after a government council ruled last week that the products trivialized the late heroes of the revolution. “Ernesto,” named after the Argentinean-born guerrilla who fought with Fidel Castro, was to be a woodsy scent with citric notes, while “Hugo,” named for the Venezuelan president who supplied Cuba with cheap oil, was a fruity fragrance evoking mango and papaya. Cuban state newspaper Granma called the perfume project “a serious error,” saying “the symbols of the Revolution are and will always be sacred.” Cuba has long disapproved of the Guevara T-shirts and posters ubiquitous on college campuses across the world.

Shiruria, Colombia
No more cheap food: Venezuela’s crackdown on smuggling is hurting the indigenous Colombians who relied on the illegal trade in subsidized food. Venezuelans used to sell truckloads of food, kept cheap by government price controls, at a profit across the border in Colombia. Now that the trade has all but stopped, the price of rice has nearly doubled. “Since 1999, I haven’t seen so many cases of malnutrition concentrated in one area and that were so severe,” pediatrician Monica Rodriguez told The Miami Herald. The border region, rich in coal and oil, is home to the native Wayuu tribe, one of Colombia’s poorest peoples. San Salvador, El Salvador Beware chikungunya: An agonizing mosquito-borne disease that arrived in the Americas from Africa less than a year ago is speeding across the region, spreading from the Caribbean to Central and South America and infecting more than a million people. While the disease, chikungunya, is rarely fatal, the virus can cause crippling pain in the joints and head for two weeks. In some cases, pain persists for years. El Salvador, which has been hit hardest in the outbreak, has recorded 30,000 new cases since the beginning of August. “The pain is unbelievable,” said Catalino Castillo, 39, who is being treated at a San Salvador hospital. “It’s been 10 days, and it won’t let up.” There is no cure or vaccine; patients are given acetaminophen.


Monrovia, Liberia
Ebola orphans: Thousands of children whose parents died of Ebola are being neglected because surviving family members are afraid to take them in. UNICEF estimates that some 3,700 children in Guinea, Liberia, and Sierra Leone have lost parents in the outbreak, and their number could double in the next two weeks. “These children urgently need special attention and support, yet many of them feel unwanted and even abandoned,” said Manuel Fontaine of UNICEF. “Ebola is turning a basic human reaction like comforting a sick child into a potential death sentence.” UNICEF said it needs funds to train adult survivors of Ebola, who are thought to be immune, to care for quarantined children and help them find homes.

London
Abusive tweeting: A British delivery driver has been sentenced to four months in jail for sending Twitter messages threatening to rape a member of Parliament. Labor MP Stella Creasy had helped lead a successful campaign to put the face of Jane Austen on the £10 banknote, making the novelist only the fourth woman to be featured on British currency. Peter Nunn, 33, upset by the change, sent a series of menacing tweets to Creasy, calling her a witch and saying, “You better watch your back, I’m going to rape your arse at 8pm and put the video all over.” Creasy said Nunn’s sentence showed that online stalking was finally being recognized as harassment.

Buenos Aires
Defying U.S. court: Argentina is trying to evade a U.S. court ruling that says it can’t pay its other bondholders until it pays the $1.6 billion it owes U.S. hedge funds. Argentina’s bonds are under U.S. jurisdiction because the trustee bank that processes its payments is the Bank of New York Mellon. This week, Argentina deposited $161 million in bond interest payments with its state-controlled Nación Fideicomisos instead, just a day after U.S. District Judge Thomas Griesa decided to hold the country in contempt. Argentina said that ruling was “an unprecedented escalation” that violates Argentinean sovereignty. Argentina defaulted in 2001, and most of its creditors accepted a restructuring that wrote off much of its debt. But two U.S. funds insist on full repayment plus interest.

Kabul
Security deal clinched: The U.S. and Afghanistan have finally signed a long-awaited security pact. The agreement, which gives U.S. troops immunity from prosecution in Afghanistan, was put on hold for a year owing to mistrust between former President Hamid Karzai and the U.S. government, but President Ashraf Ghani signed it this week just a day after his inauguration. Under the deal, nearly 10,000 U.S. troops, including Special Operations forces, and 2,000 NATO troops will stay in Afghanistan after the international combat mission ends this year. NATO will focus on training the Afghan army, while the U.S. will handle counterterrorism. U.S. forces will be cut in half by 2016 and will number just a few hundred by 2017.

Algiers, Algeria
Killers identified: Algerian authorities say they know who carried out the beheading of a French hiker last week. Hervé Gourdel, 55, was killed by members of a new group called Caliphate Soldiers of Algeria, which split off from the Algerian branch of al Qaida and swore allegiance to the Islamic State of Iraq and Syria. The militants said they killed Gourdel because France refused to end its airstrikes on ISIS in Iraq, an assault carried out in partnership with the U.S. The beheading of Gourdel, a mountaineering guide, was the first execution of a Westerner outside of Iraq and Syria. Algerian President Abdelaziz Bouteflika, 77, has been absent from public view during the crisis and has failed to comment on the crime, leading to speculation that the ailing leader may be incapacitated or receiving treatment abroad.

Mount Ontake, Japan
Volcanic blast: The sudden eruption of a Japanese volcano last weekend has killed at least 47 people, in the worst volcanic disaster in Japan in nearly a century. Some 300 people were on scenic Mount Ontake when its cone exploded, hurling refrigerator-size boulders and a massive ash cloud down the slopes. Rescuers were trying to search for more survivors, but parts of the mountain remained inaccessible as ash and toxic gases continued to spew. Authorities fear they may yet discover the remains of more people who were choked by fumes, smothered by ash, or cut down by rocks that struck with the force of bullets. The last major eruption at Mount Ontake was in 1979.


Pyongyang, North Korea
Kim broke his ankles: North Korean dictator Kim Jong Un has been out of the public eye for a month because of ankle surgery, South Korean media reported this week. Kim hadn’t been seen in public since Sept. 3, leading some experts to speculate that he was being treated in a hospital for gout—brought on by his fondness for heavy drinking and Swiss Emmental cheese—or had been deposed in a coup. The truth, said the Seoul Chosun Ilbo, is that the tubby tyrant, who has gained significant weight in the past year, hurt one ankle months ago but continued to tour factories in his Cuban high-heeled boots, and he ended up fracturing both. Bangkok ID bracelets for tourists: After a wave of crime against tourists, including the murder of two British backpackers last month, Thailand has come up with a plan to track its visitors. Under the new proposals, each tourist would be issued a wristband with an ID number and contact details for his or her hotel. “If they’re out partying late and, for example, get drunk or lost, they can be easily assisted,” said Tourism Minister Kobkarn Wattanavrangkul. Tourism, one of Thailand’s biggest industries, has slumped since a military coup in May, and fear of crime may be scaring more foreign visitors away.

Canberra, Australia
Refugees to Cambodia: The United Nations and human rights groups have condemned Australia’s deal to outsource refugees to Cambodia, an extremely poor country with a rotten human rights record. Under a deal signed last week, Australia gave Cambodia $35 million in aid and will resettle up to 1,000 asylum seekers, mostly from the Middle East, on Cambodian territory. Australia has a strict policy of refusing to allow asylum seekers to cross its borders; instead, it houses them in unsanitary camps in Papua New Guinea and the tiny Pacific island nation of Nauru. 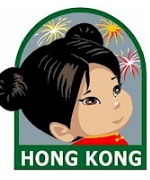 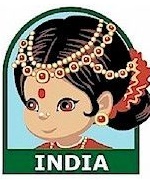 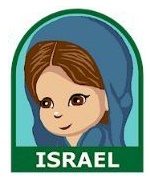 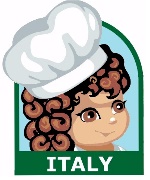 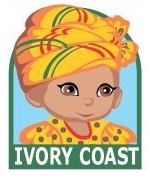 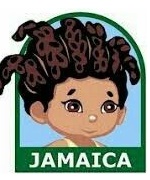 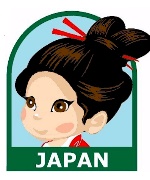 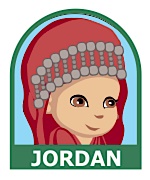 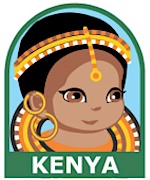 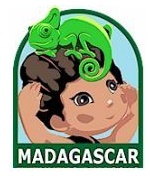 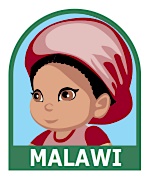 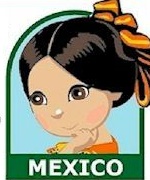