10. It Used to be the 5th Biggest Nation on Earth
Modern Mexico is a big place. While it might pale beside Canada and the USA, it dwarfs the nations of Europe, and is bigger than all but one of Africa’s countries. Ranked, it would be the 13th biggest nation on Earth. But that’s just modern Mexico. The Mexico of the 19th century used to be much, much bigger. Go back to 1821, and you’d find yourself standing in one of the biggest countries in the world. That map there is independent Mexico at its fullest extent. As you probably remember from history class, Texas, Arizona, New Mexico, Utah, Nevada and California were all once part of the US’s southern neighbor. But Mexican territory extended further south, too. Modern Guatemala, Honduras, El Salvador, Belize, Costa Rica and Nicaragua were all part of Mexico. Taken altogether, the Mexico that existed at independence was larger than the entire European Union. If it existed today, it would be the 5th largest nation on Earth. This super-Mexico didn’t last long. Before the 1820s were out, it had lost most of the nations that now make up Central America. About 25 years after that, the Mexican-American War eliminated its territory in the modern US.


9. It Has the Oldest University in North America
Quick, what’s the oldest university in North America? A good number of you just yelled ‘Harvard!’ at your tablet screens. Sure, Harvard is pretty old; it was founded in 1636. But even that august institution is a baby compared to its Mexican equivalent. The National Autonomous University of Mexico, based in Mexico City, was opened in 1553. To demonstrate just how mind-blowingly old that is, consider this: NAUM was opened when Mexico was ruled by the Holy Roman Emperor. It was given its charter by Emperor Charles V, who headed both the Holy Roman Empire and the Spanish Empire (dynasty was a complicated thing back then). At that time, Shakespeare was still over a decade away from being born. Isaac Newton was over a century away. Right now, you are closer in time to George Washington’s last breath than NAUM was at its founding. Not that it was called NAUM back then. It was the Royal and Pontifical University of New Spain. Unlike Harvard, it also hasn’t been in continuous operation. The dictatorship closed it down in 1867, and it wasn’t reopened until the Revolution.

8. There are Over 60 Official Languages
Ask most people to name the official language of Mexico, and they’ll say ‘Spanish’. And they’d be right… to a degree. See, while Spanish is the most widely-spoken official language in Mexico, it’s not the only one. Ever since the government enacted the Law of Linguistic Rights, over 60 indigenous tongues have been recognized as co-official languages. The largest of these is Nahuatal. About 1.3 million people speak the language, roughly equivalent to the entire population of New Hampshire. This is the language of the Aztec Empire, the language that once dominated the whole of Mexico. But it’s far from being the only one. Over 700,000 people speak the Yucatec Maya language, and another half a million or so speak Mixtec. Over all, nearly 7 million Mexicans speak a language other than Spanish (although most are bilingual). Interestingly, not all co-official languages are so widely-spoken. While the next 30 most popular are all spoken by between 10,000 – 400,000 people, some like Aguacatec are spoken by less than 30.

7. They Had the Shortest Presidency in World History
William Henry Harrison is famous in the US for his horrendously short presidency. The 9th President contracted pneumonia on Inauguration Day and died a single month later. But even WHH’s reign lasted longer than that of Mexico’s 34th president. By one count, it lasted nearly three thousand times longer. Pedro José Domingo de la Calzada Manuel María Lascuráin Paredes was President of Mexico for anywhere from an hour to just 15 minutes. So basically he was president just long enough for someone to get through his name. The reason for this was the crazy politics of Revolution-era Mexico. General Victoriano Huerta had just overthrown President Madero in a coup. Under Mexico’s constitution, power of a deposed president automatically passed to either his vice-president, attorney general, foreign minister or interior minister. At the time, Lascuráin was foreign minister. To make his coup look less like a coup, Huerta convinced the government to appoint Lascuráin president. The two men then cut a deal, and he moment he was sworn in Lascuráin appointed Huerta his interior minister and then resigned. Power automatically, and legally, passed onto Huerta. To date, no other world leader has ruled for such a short time. The closest is Diosdado Cabello, who ruled Venezuela for around six hours in 2002. His reign was still over twenty times longer than Lascuráin’s.

6. In Some States, There are Three Genders
Mexico’s relationships with LGBT rights is… complicated, to say the least. While drugs gangs have been known to shoot up gay bars in some states, places like Mexico City have legalized same-sex marriage. Then there’s Oaxaca. The southern state has an approach to trans-people that is possibly unique in North America. Among the indigenous Zapotec people, they’re legally recognized as a third gender. Known as Muxes (Moo-Shays), the third gender are people born as men, who choose to live instead as women. Concentrated around the town of Juchitan, they’re treated as a fact of life, in the same way men and women are. They own businesses, are admired for their cookery skills, and even have a yearly ball which the mayor of Juchitan attends. For American readers, this might seem like PC gone mad. But the Muxes are far from a modern invention. They’ve been around as long as the Zapotec themselves. Pre-Columbian societies in Mexico tended to have a third gender of men who lived as women. While most traditions died off with the coming of the Spanish, among the Zapotec it thrived. In short, the Muxes have been around since long before anyone could say what the acronym LGBT stood for.

5. It’s Home to the World’s Smallest Volcano
So, apparently Mexico has an aptitude for leading the world in the ‘unlikely smallest things’ stakes. After the record beating barely-a-presidency of Lascuráin, the country has since thrown up yet another tiny marvel. Welcome to Cuexcomate, the smallest volcano in recorded history. Now, pay attention, kids, because just looking at images of Cuexcomate is about as exciting as watching your toenails grow. It’s the facts behind it that make it fascinating. Cuexcomate formed way, way back in 1664, an offshoot of the bigger Popocatépetl volcano. Somehow, it began to grow… and then just stopped. Like a kid who doesn’t get any bigger after their first birthday, Cuexcomate topped out at a mere 43 feet. That’s tiny. You could stack 7 averagely-tall dudes on one another’s shoulders, and the top guy would be able to peer into the crater. So small is the long-dormant volcano that no-one thought twice about building around it. If you want to visit Cuexcomate, you have to drive out into a suburb of Puebla, work your way around the Volkswagen factory, and locate it among people’s yards.

4. Net Mexican Migration to the US is Actually
Negative Mexican immigration has become a political flashpoint in the US. While we don’t want to get into the politics of it here, it’s worth noting that things may not be quite so explosive as they seem. While plenty of Mexican still travel to the US looking for a better life, plenty more come to the US, look around, then decide to go back to Mexico. We know this because, according to PEW Research, net Mexican immigration to the US over the last decade has fallen to negative levels. This means there are actually more Mexicans permanently leaving the US than there are arriving. Prior to the recession, it was the other way. The period 1995-2000 saw a net migration of 2.27 million Mexicans to the US. The period 2009-2014, on the other hand, saw a net migration of minus 140,000. The factors for this are manifold. Better border policing, the Great Recession, and increasing job opportunities in Mexico have all played a part, as has the desire to reunite with family members still in Mexico.

3. Mexico Once Went to War With France Over Pastries
In the annals of warfare, there can’t be many dumber reasons for attacking another state than the fate of a pastry shop. Yet that’s exactly what transpired between France and Mexico in 1838. After a rioting mob ransacked a Mexico City bakery owned by a Frenchman named Remontel, he sued the nation of Mexico for compensation. When Mexico laughed him out, he returned to France and demanded an audience with King Louis-Philippe. Amazingly, he got it. Even more amazingly, Louis-Philippe agreed to help him. Paris wrote to Mexico and demanded payment of 600,000 pesos, some 600 times the value of Remontel’s shop (to be fair, some of it was for unpaid Mexican debts incurred a decade earlier). When Mexico balked, the French navy invaded. They bombarded San Juan de Ulua, captured Veracruz, and blockaded the entire country. It was only thanks to a British-brokered agreement that the war ended in early 1839. Remontel got his money. All in all, the Pastry War dragged on for four months, killed over 100 people, and injured nearly 200 more.

2. They Briefly Had the Most-Deluded Emperor in History
Ferdinand Maximilian Joseph has the distinct honor of being just Mexico’s second and final Emperor. A member of Europe’s royal Habsburg line (the guys who ruled the Austro-Hungarian Empire), Maximilian was just drifting along when, in 1863, he received a letter telling him the people of Mexico had voted to make him their king. Rather than treat it as we would an email from a Nigerian prince, Maximilian hightailed it to Mexico and declared himself Emperor. Bad move. The letter had been issued by Napoleon III of France, who was conspiring with conservative Mexicans to place a loyal French puppet on the throne. Unknown to Maximilian, they’d chosen him as their useful idiot. When Maximilian crowned himself emperor, it triggered a civil war in Mexico that lasted three years. Apparently, Maximilian didn’t realize this, and thought he was a beloved, paternal figure who’d finally found his true calling. When the US intervened to push France’s pro-Maximilian troops out, the Emperor even refused to leave, saying the Mexican peasants needed him. Those same peasants executed him on a hillside outside Querétaro in 1867. The deluded reign of Mexico’s last Emperor was over.


1. Their Capital City is Sinking
At 2,240 meters above sea level, Mexico City is one of the highest capital cities on Earth. Only seven other capitals (out of nearly 200) sit at a higher altitude. Pretty neat, huh? Well, wait till you get a load of this next part. If things keep going the way they are, Mexico City may not hold its coveted 8th position much longer. This is for the simple reason that the capital is sinking at an incredible rate. Yeah, sinking. Every year, this vast megacity, home to over 21 million people, loses roughly one meter (3 feet) in altitude. In the last 60 years, the entire city has dropped 10 meters closer to sea level. That might not sound like much, so let’s put it this way. The 7th highest capital city in the world is Sana’a in Yemen. It stands at 2,250 meters above sea level, ten meters higher than Mexico City. Over the course of six decades, the entire Mexican capital sank so low that it passed Sana’a, dropping from 7th to 8th place in the ranking of capitals by altitude. The reason for this is simple: water. Mexico City’s residents draw their water from beneath the capital, draining the water table and causing it to subside. As the city’s population keeps growing, it will sink faster and faster, until eventually dropping out of the top 10 highest capitals altogether. While that’s still a way off yet, (Nairobi, the current #10, is nearly 450 meters lower than Mexico City), the simple fact it could happen is mind-blowing. 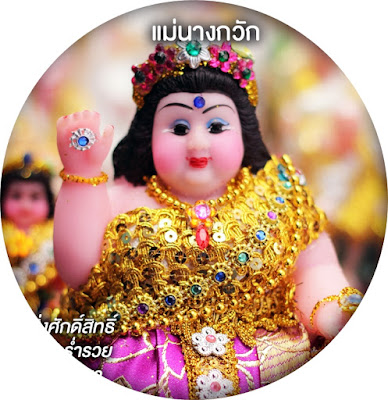