The 19 Most Famous Renaissance Philosophers

The 19 Most Famous Renaissance Philosophers


We collect the most famous philosophers of the Renaissance, a period of artistic, cultural splendor and difficult thinking. In the religious sphere, the reform movement led by Martin Luther generated a division in the Catholic Church and in the secular sphere Humanism developed.

The theories and treatises written by the main thinkers of the time influenced different sciences, from pedagogy to natural sciences such as astronomy. 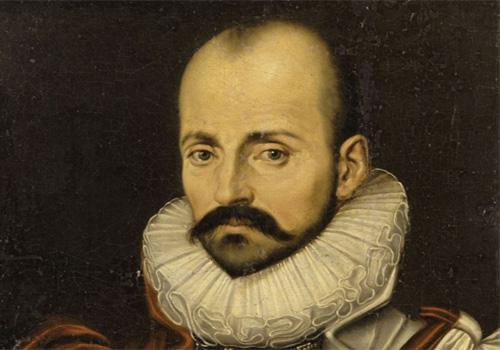 The "Essays" of Michel Eyquem de Montaigne (1533-1592) deal with different topics, from his opinion on the wars of the time to his opinion on child rearing.

On this last subject, it should be noted that Montaigne was one of the first thinkers to write about pedagogy and about marriage as necessary to raise children. In his essays, Montaigne touched on subjects such as suicide, medical practice, sexuality, love and his opinion on the conquest, which he described as barbarism.

It should be noted that this thinker shared the ideas of cultural relativism, that is, he respected the differences of representatives of other cultures. 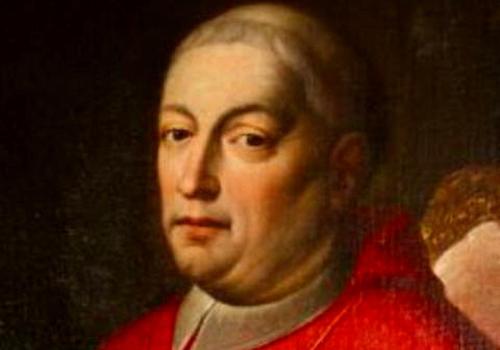 De Docta Ignorantia by Nicolás de Cusa (1401-1464) is considered one of the most important treatises of the time. De Cusa raised the possibility that the earth was not the center of the Universe, an idea that was later taken up by Giornado Bruno.

Also this thinker was opposed to occult ideas. It can be considered that he was a pantheistic philosopher, since Nicholas of Cusa argued that God cannot be separated from his creation.

For de Cusa, human science was conjectural since the human being in all his studies seeks God, but is not capable of fully understanding him. 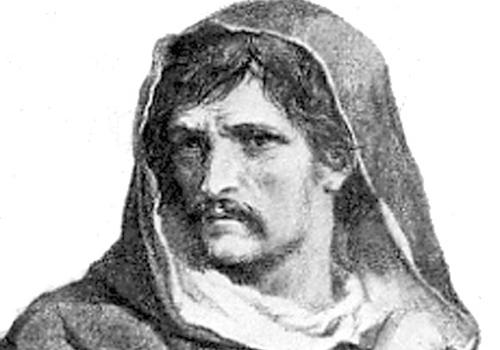 The philosopher, astronomer and mathematician Giordano Bruno (1548-1600) in his treatises On the infinite universe and the worlds and On the cause, the beginning and the one, proposes a new cosmogonic vision that denied that the earth was the center of the Universe and that the Sun and other planets revolved around it.

Bruno believed that every object on earth moves with it, that is, that movement is relative and influenced by it. His belief in the relativity of motion allowed him to affirm that a reference system was necessary to measure. 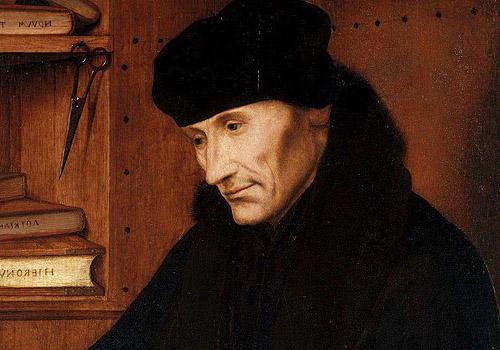 The Dagger of Christ is considered the most important treatise of Erasmus of Rotterdam (1466-1536). In it this thinker talks about the duties of Christians and about the importance of sincerity, which is necessary for Christians. De Rotterdam believed that formalism and dogmatism did not allow faith to reach more souls.

This philosopher and theologian fought all his life against dogmatism, Christian discipline and its institutions, which led him to be persecuted by Catholics and Protestants and to be censored. 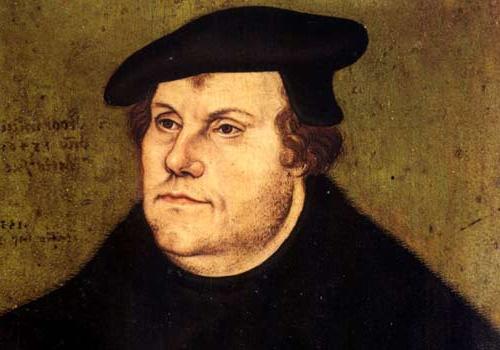 By nailing the 95 theses to the door of the Wittenberg Church, Martin Luther (1483-1546) initiated the movement that would later become Protestantism.

In his theses, Luther criticized the system of indulgences; that is to say, the possibility that the Catholic Church gave to buy the forgiveness of sins, the avarice of the Church and its paganism.

After visiting the Vatican, Luther was surprised by the wealth of the Papacy and criticized that this well-being was not enjoyed by the parishioners. Also, Luther criticized the pagan traditions adopted by the Church that had nothing to do with the traditions of the first Christians.

On the political level, the Reformation and Protestantism had great influence in the process of formation of European states, which struggled against the influence of the Church in their internal affairs. 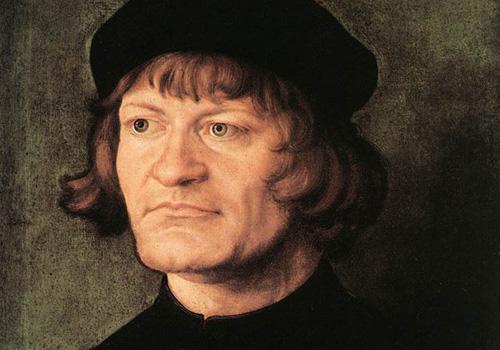 Ulrich Zwingli (1484-1531) developed the ideas of Protestantism and was the maximum leader of the Swiss Protestant Reformation. Although this thinker came to ideas similar to those of Luther, both had their differences.

Swiss Protestantism was characterized by being more radical. In his treatise On True and False Religion , Zwingli rejects communion, images, the mass, and priestly celibacy.

This thinker considered that the riches of the Church should be put at the service of the poor. Zwingli attached great importance to political affairs and believed that a ruler could be overthrown if his actions contradicted Christian duties. 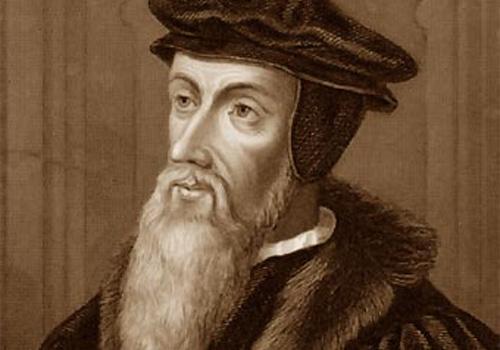 Calvin believed that it was necessary to eliminate all elements of the Church that are not in the Bible declared as mandatory. His thinking was more rational and less mystical than Luther's. It laid the foundation for the development of the doctrine of the five "Solas" and the five points of Calvinism. 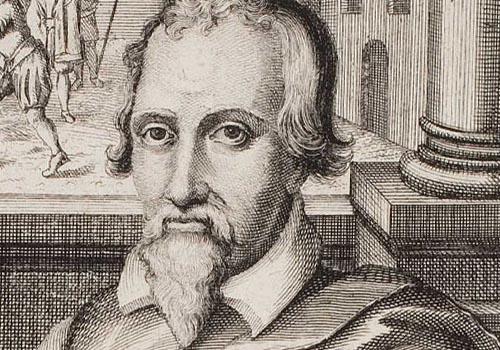 One of the humanist thinkers, who fell victim to the Inquisition for his ideas was Miguel Servet (1509 or 1511 - 1553). This thinker developed the ideas of Protestantism.

In his treatise On Errors about the Trinity and Dialogues on the Trinity he developed the concept of Christology, which was to take the place of the traditional belief in the Trinity.

In the end, his ideas were rejected by Catholics and Protestants, since his ideas were close to pantheism (belief that the Universe and God are one). 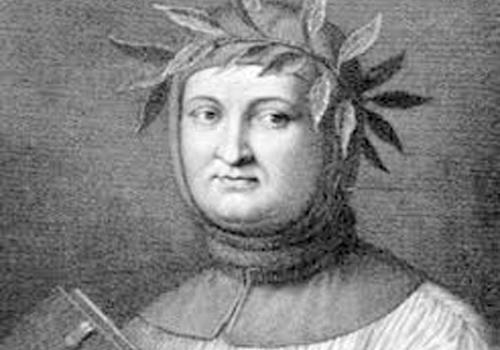 In literature , the poetry of Francesco Petrarca (1304-1374) influenced writers such as William Shakespeare and created a literary trend that was called Petrarchism. His prose was revolutionary, since at the time it was not customary to write about the human being as the protagonist of history.

Petrarca, in his writings, gave great importance to the biographies of his heroes, their feelings and details about them. This humanistic style put man at the center of the story.

It is important to highlight his contribution to the development of the Italian language, since he wrote many of his works in Italian, when Italian was considered the vulgar language and all treatises or literary works were written in Latin. 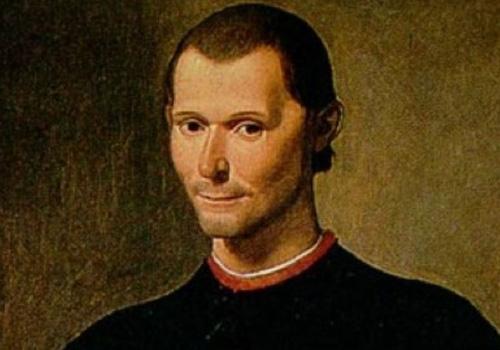 In the political sphere, the most important treatise of the time was written by Nicolás Machiavelli (1469-1527). The prince is a political treatise, the objective of which is to teach how to govern a state.

According to Machiavelli , these methods must be applied to maintain power, which is the main attribute of a ruler.

In other treatises, Maquievalo also develops his political theory: in History of Florence the thinker analyzes the rule of the Medici and the history of his native city to date, and in On the Art of War , Machiavelli sets out his vision of what should be the military policy of a state.

In his treatises, Machiavelli criticizes the policies imposed by the Medici, who exiled him and also gives advice on how to found a new state. 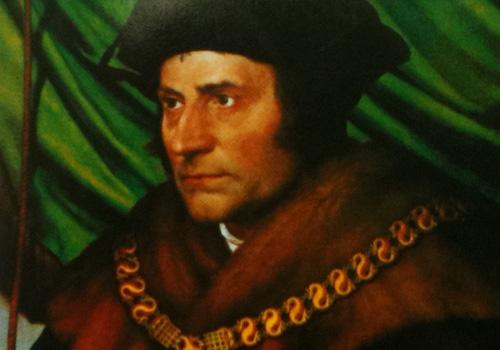 Another important political thinker of the time was Tomás Moro (1478-1535). His work Utopia reflects what an ideal society would be like.

In his opinion, the ideal society should be patriarchal, made up of city-states with a common central city. Each city had to have all the possible instruments to sustain its economy autonomously.

The idea of an initial society gave rise to utopian thinking as many authors wrote about their own vision on the subject. One of these authors was Tommaso Campanella. 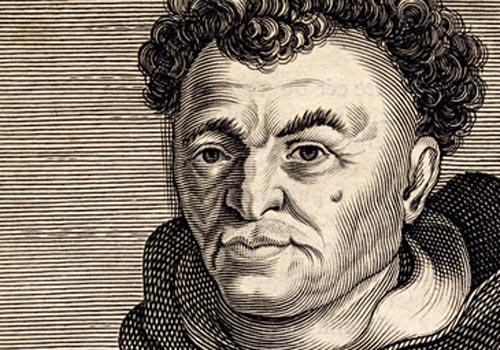 The City of the Sun is a utopian work written by Tommaso Campanella (1568-1639). Unlike Moro, Campanella believed that the ideal state should be theocratic and based on principles of mutual aid and community development.

In this city no one should own anything, but everything belongs to the community. Citizens would work and officials would distribute wealth. His ideas are considered to have influenced communist thought.

Grotius argues that the sea is a free space that belongs to all nations, that is, his treatise Mare Liberum laid the foundations for the concept of international waters.

Grotius also studied war and developed the principles of the just war. His ideas about the Absolute State contributed to what would be the modern concept of national sovereignty.

14- Jean Bodin
The founder of the concept of Sovereignty is considered Jean Bodin (1529-1596). In his treatise Les six livres de la République , Bodin explains what the attributes of a state are, including sovereignty.

In The six books and in the Paradox of M. De Malestroit it can be said that this thinker described the economic principles of mercantilism.

Bodin also considered that the gain of one party should not be based on loss for the other, that is, Bodin proposed an economic model of benefit for both parties.

15- Francisco de Vitoria
The professor of the School of Salamanca, Francisco de Vitoria (1483 or 1486 - 1546), stood out for his ideas on the limit of political and religious power and the division between them. He was one of the thinkers who criticized the treatment of Indians in the colonies.

In his treaties, he stated that there are natural rights that every human being should enjoy: the right to personal liberty, respect for the rights of others, the idea that men are equal.

Together with Hugo Grotius, he founded modern international relations with his treatise De potestate civili . Unlike Machiavelli, Francisco de Vitoria considered that morality limited the actions of the State.

16- Francisco Suarez
The greatest representative of the School of Salamanca, where great thinkers of the Renaissance worked, was Franciso Suárez (1548-1617). He made his most important contributions in metaphysics and law.

Regarding law, Suárez laid the foundations to differentiate natural law from international law. At the Suárez University he received the title of Doctor Eximius and was one of the most influential professors.

In his treatise On the Donation of Constantino Valla he showed that this document, which supposedly proved that the Vatican was the patrimony of the Papacy, was a false decree.

Valla, based on a linguistic analysis of the words used in the document, showed that it could not have been written in the fourth century.

The Roman curia relied on this document to demonstrate the primacy of the Catholic Church over the Orthodox Church and other branches of the Church.

18- Marsilio Ficino
Another of the centers of humanist thought, apart from the aforementioned University of Salamanca, was the Florentine Platonic Academy.

Marsilio Ficino (1433-1499) headed the Academy and was noted for having translated all of Plato's treatises.

Plato's complete works helped develop Neoplatonian thought. On the other hand, this thinker professed religious tolerance, which made him stand out from other thinkers. Ficino's theory of platonic love is very popular.

In his Discourse on the dignity of man, this thinker defended the idea that each man creates himself and is responsible for his actions. His entire philosophy is summarized in the theses of this treatise.

Puyi the Last Emperor of China

Most Venomous Animals on Earth

Best Airports in the World

Most Visited Cities in the World

Most Beautiful Capitals in the World