The 4 Best Spas in Tepotzotlán

The best spas in Tepotzotlán are located in this municipality in the State of Mexico, in Mexico. This city is located about 40 kilometers northwest of Mexico City, that is, approximately 45 minutes by car driving on the Mexico-Querétaro highway number 41.

This place was an important settlement in the era of the Aztec empire . After the conquest, the town became a very relevant educational center thanks to the establishment of the Jesuit college of San Francisco Javier. This school operated from the beginning of 1580 until 1914.

Today, the facilities of the old school are home to the Viceroyalty Museum, which contains one of the largest collections of art and objects from the colonial period and is one of the main attractions of the city of Tepotzotlán.

Tepotzotlán owes its name to the Nahuatl language and means “between humps”, alluding to the multiple mountains that surround the valley where it is located. 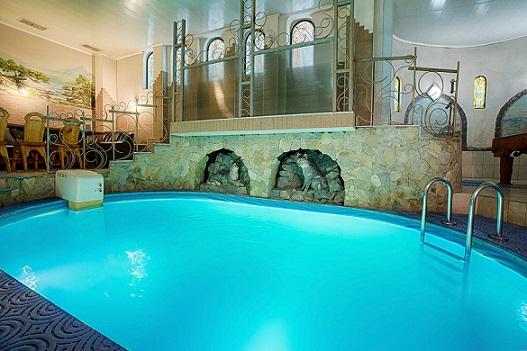 In addition to the Viceroyalty Museum, Tepotzotlán has other points of tourist interest, such as the Aqueduct of Xalpa, better known as Arcos del Sitio. It is a monumental aqueduct that used to carry water from the Oro River to the town of Tepotzotlán.

Its construction was started by the Jesuits who settled in the town between the 18th and 19th centuries, however it was not completed by this order after being expelled from Mexico in 1767.

Other attractions include the Arcos del Sitio Ecotourism and Environmental Education Center, which covers more than 50 hectares and is a place where you can practice hiking, mountain biking and camping.

The Xochitla Ecological Park is located on the outskirts of the city, on the land of what La Resurrección ranch used to occupy. Today, the more than 70 hectares of park, with the fauna and flora that occupy it, are administered by a non-profit foundation.

Another attraction in Tepotzotlán are its spas and places of rest. There are several alternatives to visit as a family, taking advantage of the city's proximity to Mexico City, its climate and vegetation.
Here we share some of the options among the best spas in Tepotzotlán.

This place, located in Tepotzotlán, is an ideal space to spend a full day with the family. It is reached from Mexico City using the Mexico - Querétaro highway. Before reaching the Tepotzotlán toll booth, you must take a detour to the right side, which leads to the central area of ​​the city.

Just 500 meters from the highway, you can find the spa. It is equipped with several swimming pools as well as a wading pool, for the smallest of the family.

It also has a complete soccer field. On site you can buy Mexican food to share.

This place is located in the city of Tepotzotlán and offers facilities with swimming pools and a restaurant and bar. It is a more modern place, with more sophisticated and private facilities. It works throughout the week and accepts reservations.

Finca El Capirucho is a place in Tepotzotlán that offers, in addition to an area to hold events and conventions, swimming pools, soccer field, multipurpose field, showers, bathrooms and dressing rooms.

It is possible to rent cabins and rooms to stay in the same place. It has a total of nine rooms with double capacity.

It is one of the newest sites, having been founded in 2000.

The ahuehuete is a kind of tree named from the Nahuatl word "ahuehuetl", which means the old man of the water. Today the site is an ecological and tourist reserve known as Lanzarote.

The site is in charge of the ejidatarios of the area and offers the public the possibility of using swimming pools, a wading pool, children's games, an area for camping and food sales. It is located approximately 16 kilometers from the center of the city of Tepotzotlán.