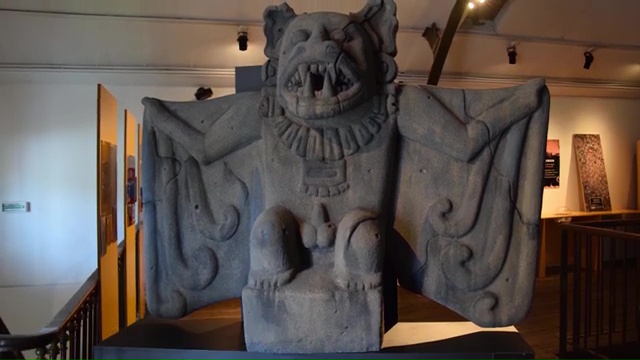 In Maya mythology, Camazotz is a bat god. It; name means "death bat" in the Kʼicheʼ language. In Mesoamerica, the bat is associated with night, death, and sacrifice. 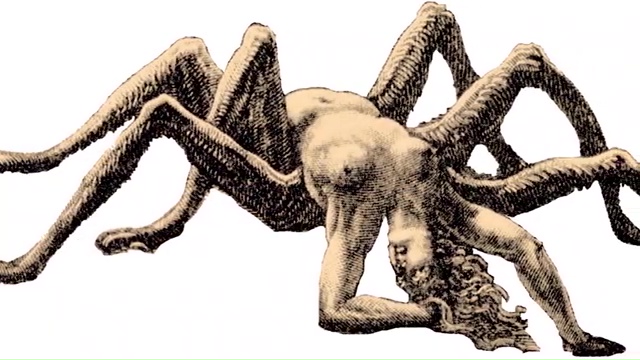 In Greek mythology, Arachne was a peasant girl who became an expert spinner and weaver of cloth. Athena turned Arachne into a spider for assuming that the gods were “untouchable.” She justified her actions with the assumption that Arachne was too prideful and ungrateful for the gift the gods gave her. 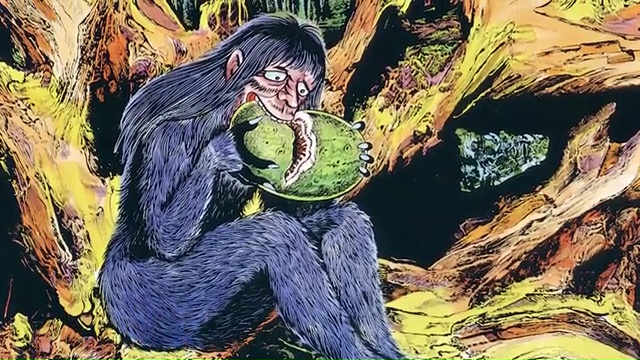 Satori in Japanese folklore are mind-reading monkey-like monsters said to dwell within the mountains. 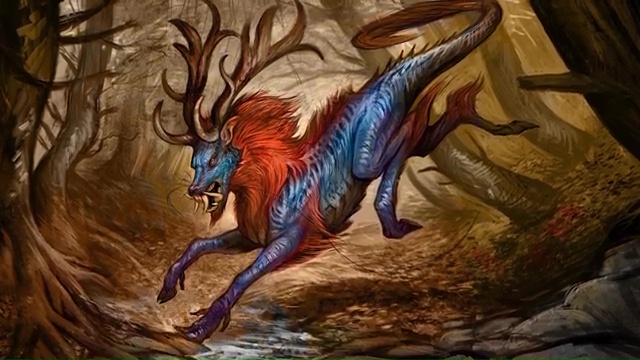 The Qilin is a legendary hooved chimerical creature that appears in Chinese mythology, and is said to appear with the imminent arrival or passing of a sage or illustrious ruler. Qilin generally have Chinese dragon-like features: similar heads with antlers, eyes with thick eyelashes, manes that always flow upward, and beards. 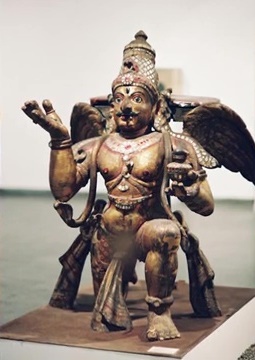 Garuda is a Hindu god and divine creature. Garuda is described as the king of birds and a kite-like figure. He is shown either in zoomorphic form (a giant bird with partially open wings) or an anthropomorphic form ( a man with wings and some bird features). It is generally a protector with the power to swiftly go anywhere, ever watchful and an enemy of the serpent. 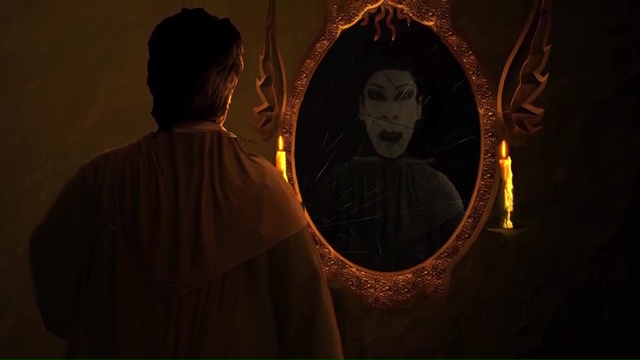 In Balkans folklore, Dhampirs are creatures that are the result of a union between a vampire and a mortal human. Dhampirs are usually depicted as more human-looking than vampires, but still not quite human, putting them in an odd middle-ground between the two. Dhampirs inherit powers from Vampires such as superhuman strength, agility, even immortality and hypnosis. 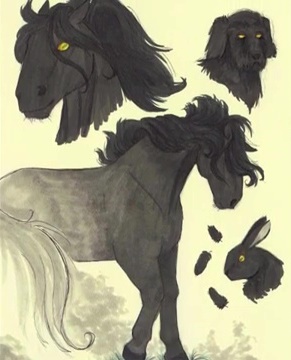 The Pooka is primarily a creature of Celtic folklore. Considered to be bringers both of good and bad fortune, they could help or hinder rural and marine communities. The Pooka will most commonly appear as a horse, cat, rabbit, raven, fox, wolf, goat, goblin, or dog. No matter what shape the Pooka takes, its fur is almost always dark. 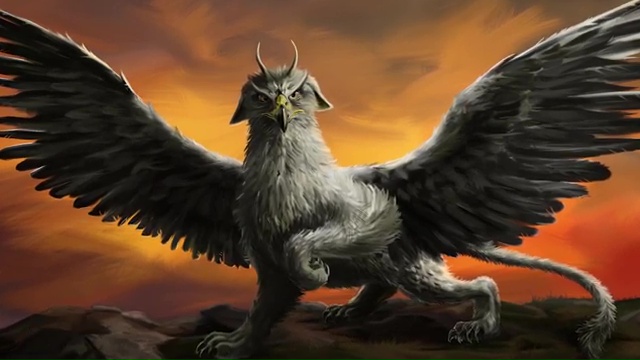 The Ziz is a giant bird in Jewish mythology, said to be large enough to be able to block out the sun with its wingspan. 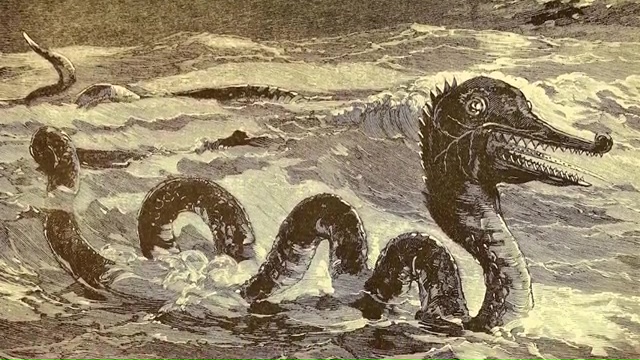 A sea serpent or sea dragon is a type of sea monster described in various mythologies, most notably Mesopotamian under the name of Tiamat, Judaeo-Christian (Leviathan), Greek (Cetus, Hydra, Scylla), and Norse (Jörmungandr). 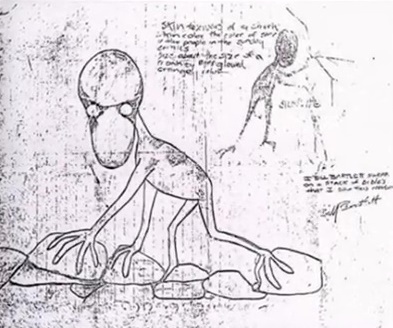 The Dover Demon is a creature reportedly sighted in the town of Dover, Massachusetts in the 70s. The witnesses said that it looked like an unpleasant little creature, to say the least, with a watermelon-shaped head and the body of an emaciated monkey. 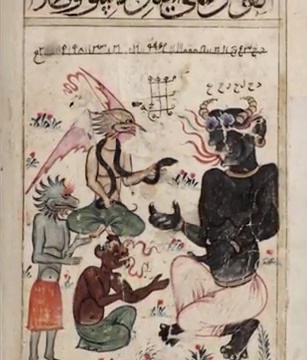 Ifrit, is a powerful type of demon in Islamic mythology. The afarit are often associated with the underworld and also identified with the spirits of the dead. Their physical appearance is often portrayed as having monstrous deformities, such as claw-like or thorny hands, flaming eyes or seven heads. 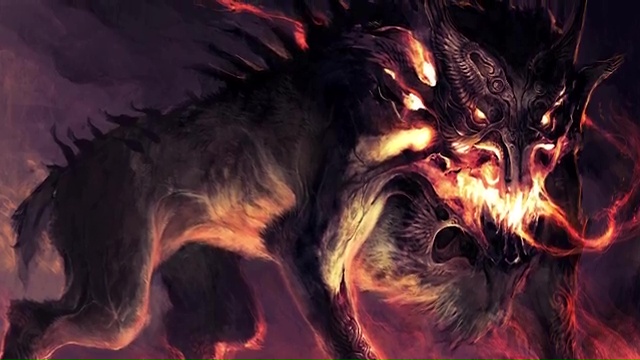 A hellhound is a mythological hound which embodies a guardian or a servant of hell, the devil, or the underworld. Hellhounds occur in mythologies around the world, with the best known example being Cerberus from Greek mythology. Usually it resembles a mangy, skinny, somewhat demonic hyena-like creature with red eyes and draconic ears. It has the ability to breathe fire. 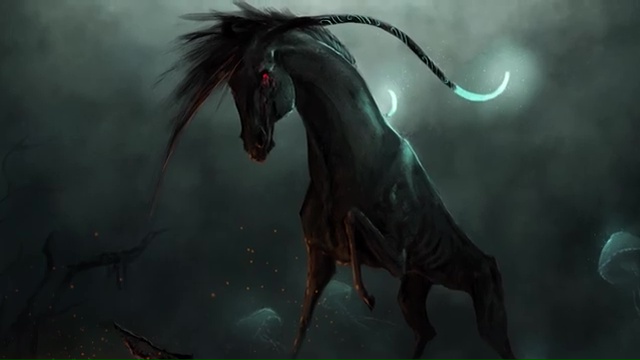 A kelpie, or water kelpie, is a shape-shifting spirit inhabiting lochs in Scottish folklore. It is usually described as a black horse-like creature, able to adopt human form. 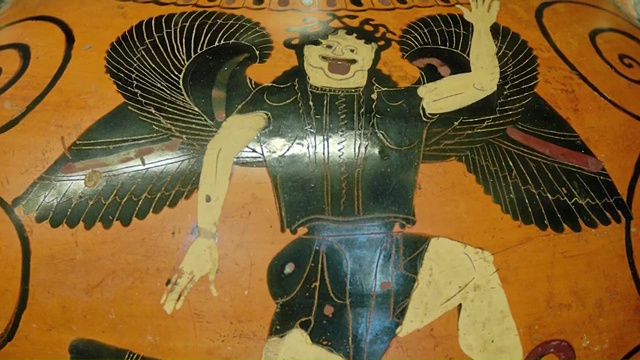 A Gorgon is a creature in Greek mythology. Gorgons occur in the earliest examples of Greek literature. While descriptions of Gorgons vary, the term most commonly refers to three sisters who are described as having hair made of living, venomous snakes and horrifying visages that turned those who beheld them to stone. The most known gorgon is Medusa. 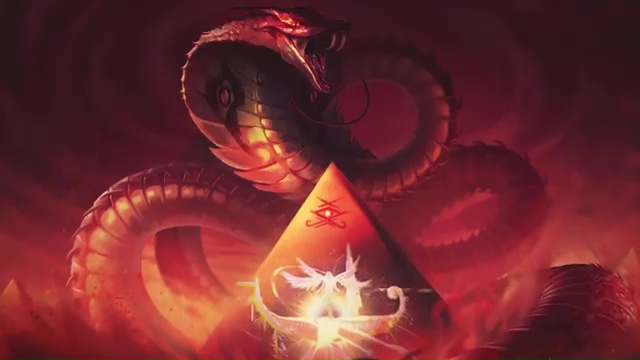 Apophis (also known as Apep) is the Great Serpent, enemy of the sun god Ra, in ancient Egyptian religion. He was a sort of void or "black hole" forcing those he swallowed into that non-existence which the Egyptians feared so greatly. 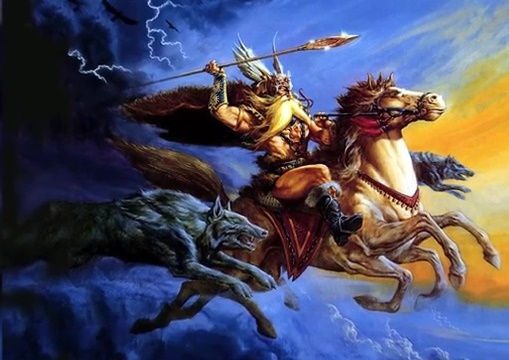 In Norse mythology, Sleipnir was the eight-legged horse born of Loki, and belonged to Odin, the all-father god. 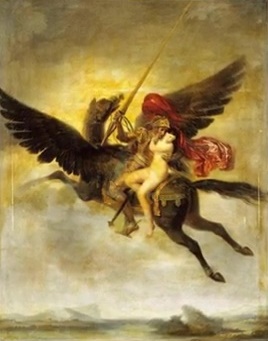 The Hippogriff is a legendary creature with the front half of an eagle and the hind half of a horse. It is extremely fast and is presented as being able to fly around the world and to the Moon. 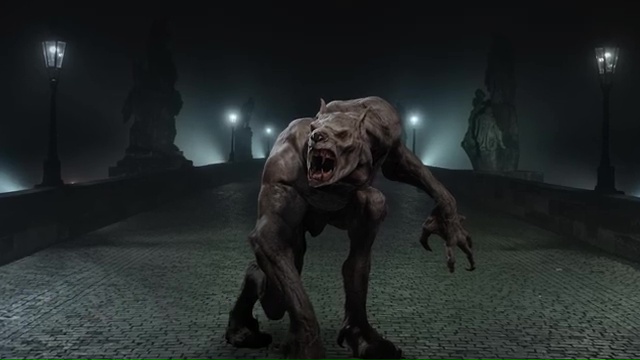 Pricolici is a unique creature from Romanian Folklore. It is unique because it is a combination of werewolf and vampire. But not at the same time. Some Romanian folklore delineates that Pricolici are werewolves in life and after they die, return as vampires. 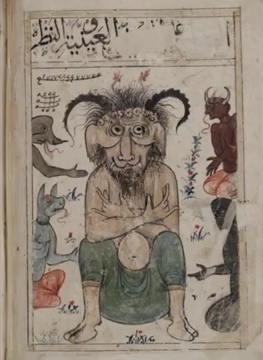 Jinn, also romanized as Djinn or anglicised as Genie, are supernatural creatures in early pre-Islamic Arabian religious systems and later in Islamic mythology and theology. Individual jinn are commonly depicted as monstrous and anthropomorphized creatures with body parts from different animals or humans with animal traits. The Jinns are capable of assuming human or animal form and are said to dwell in all conceivable inanimate objects. 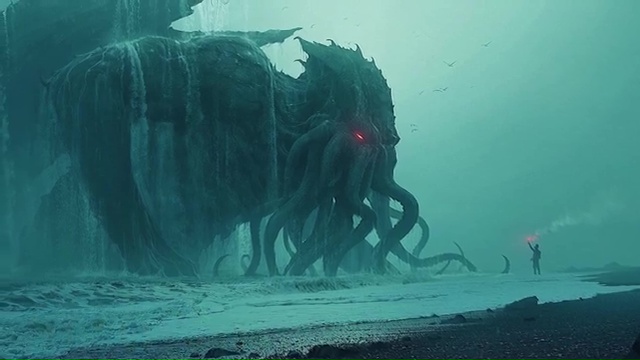 Charybdis is a female sea monster in Greek mythology. Among the monster Scylla, appears as a challenge to epic characters such as Odysseus. Charybdis was cursed by Zeus and transformed into a hideous monster, with flippers for arms and legs, and an uncontrollable thirst for water. So, she drank the water from the sea three times a day to quench it, which created whirlpools that sank ships and drowned people. 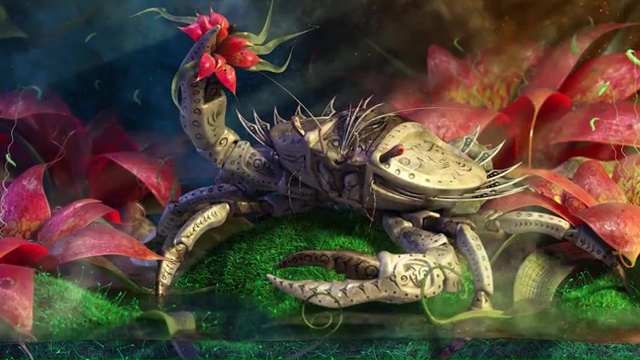 In Chinese mythology, the shen is a shapeshifting dragon or shellfish-type sea monster believed to create mirages. 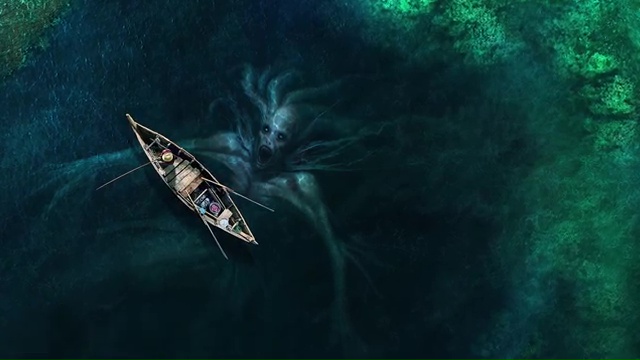 In Greek mythology, Scylla is a legendary monster who lives on one side of a narrow channel of water, opposite her counterpart Charybdis as I told you earlier. The two sides of the strait are within an arrow's range of each other—so close that sailors attempting to avoid Charybdis would pass dangerously close to Scylla and vice versa. 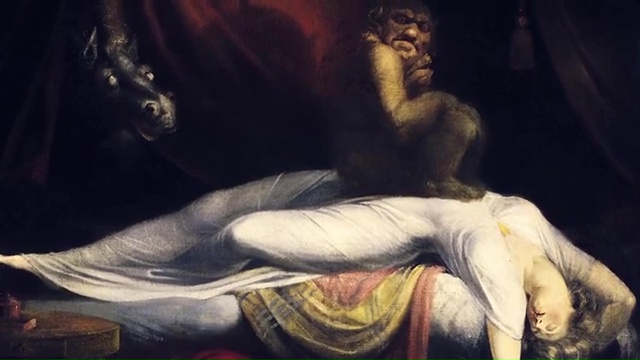 A "mare" is a malicious entity in Germanic and Slavic folklore that rides on people's chests while they sleep, bringing on nightmares. 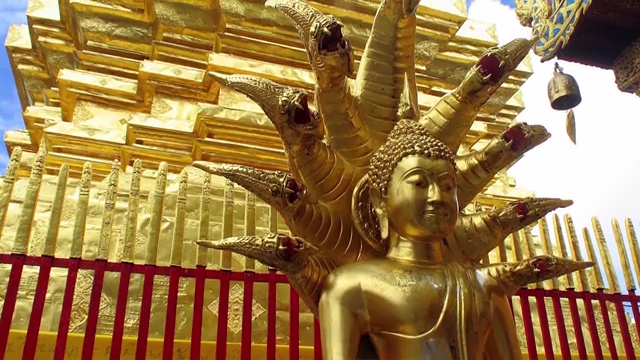 The Naga is a semi-divine race of half-human half-serpent beings that reside in the underworld of Indian Mythology, and can occasionally take human form. They are principally depicted in three forms: wholly human with snakes on the heads and necks, common serpents, or as half-human half-snake. They bring rain, and thus fertility and prosperity, and are guardians of treasure, but are also able to cause natural disasters such as floods and drought. 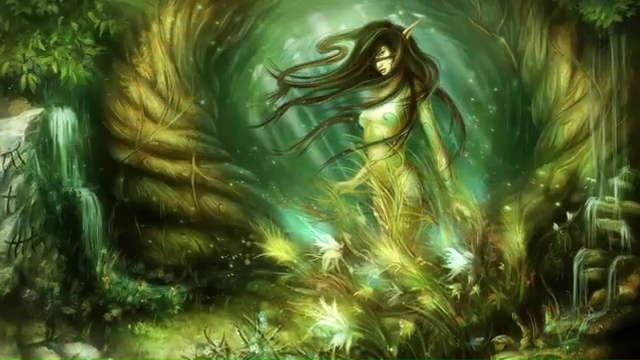 A dryad is a tree nymph or tree spirit in Greek mythology. They were normally considered to be very shy creatures except around the goddess Artemis, who was known to be a friend to most nymphs. Dryad had the mutant ability to communicate with plants much like a telepath can with people, which allowed her to manipulate plant life.


Top 200 Mythical Creatures and Monsters from Around the World